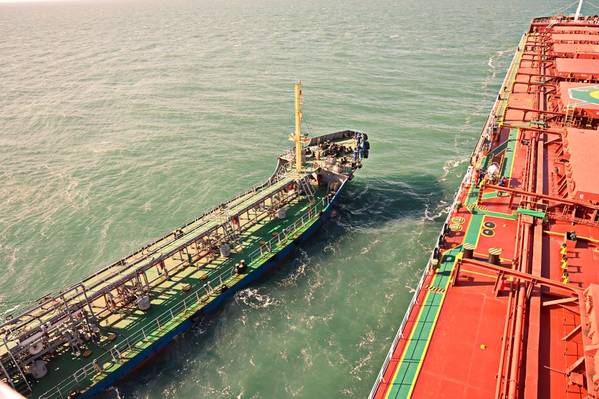 China is set to release its first-ever quotas to export very low sulphur fuel oil (VLSFO) with total volumes of 10 million tonnes for this year, six industry officials with knowledge of the matter said on Tuesday.

The quotas, which came in the wake of Beijing’s policy in January to offer tax sweeteners to boost local production of the fuel, paves the way for Chinese refiners to almost fully cover the demand from its coastal bonded marine fuel market of 12-14 million tonnes annually.

Sources requested anonymity as the matter is not yet public.

China’s Ministry of Commerce and the state-run companies did not immediately respond to Reuters’ request for a comment.

China approved in January a long-awaited tax waiver on exports of cleaner ship fuel, paving the way for refiners to boost output and to make Chinese production competitive among rival supplies from Singapore and South Korea.

Two sources at ZPC said its refinery, located in China’s top bunker port Zhoushan, will be allotted one million tonnes, though the refiner is required to export via state-run companies as proxies.

China’s commerce ministry will include VLSFO into its export license management scheme from May 1, it said in a statement on Tuesday.

If required, the government may top up with another quota for 5 million tonnes in a second allotment this year, two of the sources said.

Trade sources said the export quotas indicate that China’s reliance on marine fuel imports, most of which are shipped from the Singapore oil trading and storage hub to meet its domestic demand, are set to drop.

However, infrastructure bottlenecks such as lack of pipelines and storage facilities may limit China’s output of low-sulphur marine fuels over the near term.

“Most production for this year cannot even meet current bunker demand, so I expect (China) to pull from Singapore for a while, especially in the current run-cut environment,” said another Singapore-based senior fuel oil trader.

However, in the “medium-to-long term it will take a slice of the Singapore pie for sure,” the trader said, referring to Singapore’s bunkering market.

Singapore is by far the world’s largest bunkering hub, with 47.5 million tonnes of marine fuels supplied in 2019, but has faced increased competition from regional ports, including Zhoushan in China.

Since the beginning of the year, the global shipping industry has shifted to cleaner, 0.5% or lower-sulphur marine fuel, to comply with new emission rules by the International Maritime Organization.