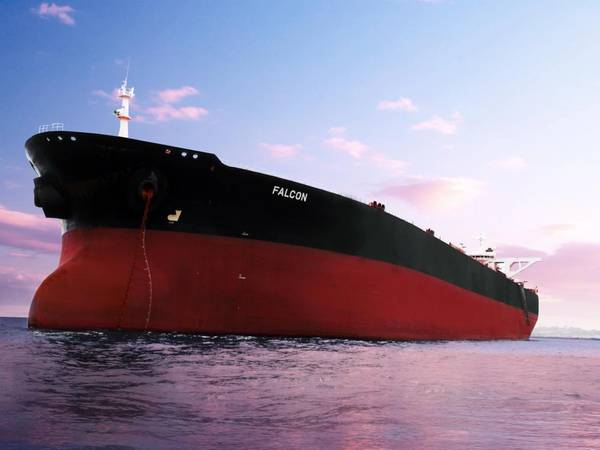 VLCC being converted into the FPSO bound for Marlim project in Brazil.

Malaysian FPSO supplier Yinson has signed a deal with Japan's Sumitomo for the latter's participation in the Marlim FPSO project.

Yinson said Thursday that the two companies concluded an agreement for their participation in the charter, operations, and maintenance of FPSO Anna Nery, an FPSO for Petrobras' Marlim revitalization project in Brazil.

Sumitomo will have a 25% stake in the FPSO Anna Nery (previously known as Marlim 2) project, which was awarded to Yinson by Petrobras. Yinson will retain 75%.

Sumitomo’s participation follows on from the signing of a long term and binding Memorandum of Understanding (MoU) between the two parties on 20 April 2018 to jointly pursue and collaborate in the leasing and operation of FPSO and FSO projects worldwide.

Yinson had also successfully divested a 26% stake in FPSO John Agyekum Kufuor in Ghana to a Sumitomo-led consortium prior to this.

"Yinson and Sumitomo have a longstanding relationship built on trust and cooperation. In Sumitomo, we saw a partner that, like us, was seeking long-term strategic partnership – not just financial returns on a single project,” said Yinson Group Chief Executive Officer Lim Chern Yuan.

"We are confident that the collaboration with Sumitomo will improve our ability to deliver FPSO Anna Nery safely and on time. We look forward to working with Sumitomo for future projects in time to come,” he said.

The FPSO is currently being built - converted from the Falcon VLCC - in China. It is on track to be deployed offshore Brazil by Q1 2023 where it will stay for 25 years on a $5.4 billion contract. This will be Yinson’s first vessel to operate in Brazil waters.