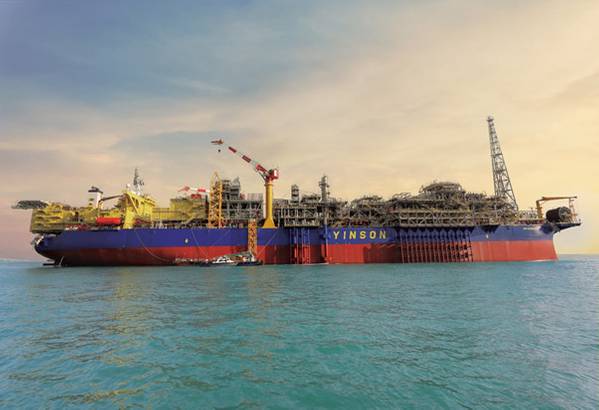 Yinson has completed an $800 million refinancing exercise for FPSO John Agyekum Kufuor, with the loan drawn down on April 14.

The FPSO firm had announced the refinancing deal for the FPSO located in Ghana back in November 2019. The company at the time said it had signed an agreement with 13 local and international banks, seven of which were new to Yinson.

The FPSO JAK is a joint venture project, with a 26% stake being held by a Japanese consortium comprising of Sumitomo Corporation, Kawasaki Kisen Kaisha Ltd (K Line), JGC Holdings Corporation and Development Bank of Japan.

Commenting on the refinancing, Yinson Group Chief Strategy Officer Daniel Bong said: "It was definitely not the most straightforward process, as movement control is being imposed in many countries due to the Covid-19 situation. However, we collectively managed to overcome this hurdle despite all odds, achieving the objectives of all parties. I would like to personally thank our client, our joint venture partners and the banking group for their unwavering support shown for this transaction, and I look forward to continued collaboration in future projects."

John Agyekum Kufuor is Yinson's first FPSO in Ghana. The company had signed a letter of intent with Aker Energy to supply an FPSO for the Pecan development off Ghana, however, the Norwegian oil firm recently said it would delay the final investment decision for the project indefinitely.