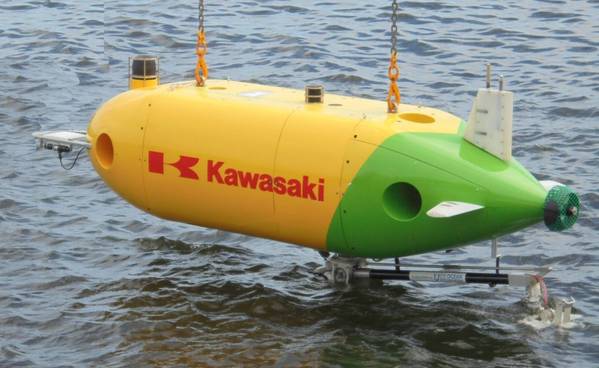 Stinger said last weekend that it would provide Kawasaki with services related to planning and preparing site testing of an AUV equipped with a robot arm for performing subsea pipeline inspections.

"The underwater intervention drone is based on a fusion of submarine technologies and industrial robot technologies fostered in-house over many years in Kawasaki Heavy Industries, Ltd," Stinger said.

The preparation will include the installation of an about 700m pipeline down to an ocean depth of 230 meters. Installation of pipeline and testing are planned to be conducted in the newly established Tau Autonomy Centre (TAC), on the west coast of Norway.

According to information on Kawasaki's website, the offshore oil & gas industry is targeted as the initial market, in particular, maintenance work of subsea pipelines laid on the seabed.

According to Kawasaki, the system called SPICE, short for Subsea Precise Inspector with Close Eyes,  is an AUV system which includes a subsea docking station and designed for long-distance pipeline inspection jobs.

Per Kawasaki, SPICE has a Robot Arm which can realize several closed inspections of pipeline, and non-contact recharging system and high data rate transfer system in underwater.