LNG Tankers Build Up around Indian Ports after Force Majeure 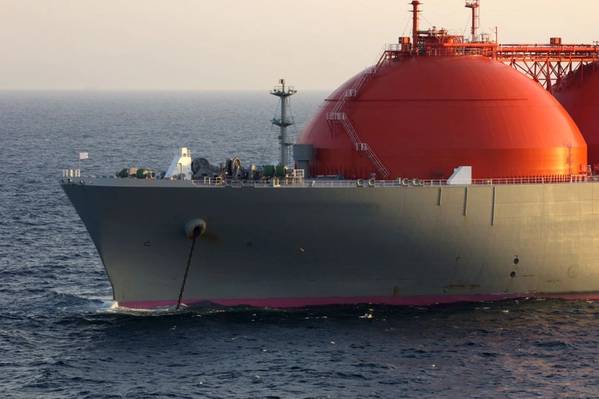 At least five fully-laden liquefied natural gas (LNG) tankers are idling offshore India, as yet unable to discharge their cargoes, after importers there declared force majeure earlier this week, according to an analyst and shipping sources.

Gas demand is falling globally amid the fast-spreading coronavirus which has capped industrial output, forcing LNG tankers in several regions to remain at sea fully laden with no immediate destination, the sources said.

At least three major buyers in India, the world's fourth-largest LNG importing country, issued force majeure notices to suppliers earlier this week as domestic gas demand slumped and port operations were affected by a nationwide lockdown to curb the spread of the virus.

Five LNG tankers have been flagged as floating storage off the coast of western India, said Rebecca Chia, an analyst at data intelligence firm Kpler. Another 8 tankers which loaded cargoes in March from Australia, Nigeria, Qatar, Angola and the United States are due to head to India, a Singapore-based shipbroker said.

Most of the five tankers were expected to be discharged in the Indian ports of Dahej and Hazira this week but are now circling offshore, with three of them flagged as idle, said Kpler's Chia.

Tankers are also building up outside Ras Laffan, in Qatar, which is the world's top exporter of the super-chilled fuel, according to Chia and energy data provider Clipperdata.

Four LNG tankers which loaded cargoes from Qatar are hovering around the region, with one of them originally bound for India, Chia added.

Qatar has approached several buyers in Asia and Europe offering cargoes in the spot market for either loading or delivery in April, several sources told Reuters.

Traders said Qatar had likely been forced to seek buyers for its excess cargoes after being issued with a force majeure notice by India's top gas importer Petronet LNG.

"There had been an influx of surplus cargoes sent to Europe in the past months when the epidemic was still centered in Asia," she said.

"With the lockdown now taking a big toll on European gas demand coupled with high discharges in the past months, inventory levels are due to reach tank-top situation and floating storage will likely increase over the next few months."

An LNG trader said some tankers could potentially divert to China, where gas demand is recovering as people return to work.