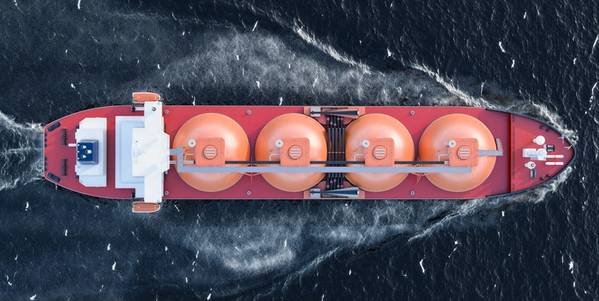 The coronavirus outbreak that has affected about 60,000 people globally has had a wide impact on demand for all kinds of energy and added to weakness in an LNG market already depressed by mild weather.

This drove Asian spot LNG prices to a record low of below $3 per million British thermal units (mmBtu) last week and forced companies to scramble to find alternative buyers for these cargoes.

Three of the four LNG tankers loaded from Qatar and one in Oman and were originally showing 'Far East' as their destination, the sources said, speaking on condition of anonymity.

Two of them will now arrive at South Hook terminal in the United Kingdom instead, while another made a U-turn in the Arabian Sea and is in the Gulf of Oman, heading back to the Gulf, Kpler's Chia said. Qatargas' tanker Mekaines, which loaded cargo from Ras Laffan on Feb. 5, bound for Asia, made a U-turn in the Arabian Sea on Feb. 10 and is headed back to the Gulf, according to Kpler and Refinitiv ship-tracking data.

The Qatari energy minister said in a statement on Wednesday that the country's energy companies are "actively engaged" in accommodating requests to reschedule or re-route Qatari oil and gas cargoes to China.

Out of the 15 vessels flagged as floating, two are in the Middle East, two in western Australia and 11 scattered across Asia, Kpler's Chia said.

Kpler classifies tankers as floating storage if they loaded the cargo more than five days ago and are travelling at a low speed over a prolonged period, among other factors.

Until the coronavirus outbreak, it was unusual to see LNG vessels floating at sea during this time of the year, she added. With gas storages nearly full in Japan and Europe, where LNG tankers typically find homes, these cargoes are stranded at sea, traders said. "Some of these cargoes were bought by (Chinese companies) who are now no longer able to receive them and with storage full everywhere, there is no choice but to float," a Singapore-based trader said.

Storing LNG on tankers is generally seen as riskier than holding crude oil on the water, given higher storage costs and the fact that LNG cargoes degrade over time through evaporation.