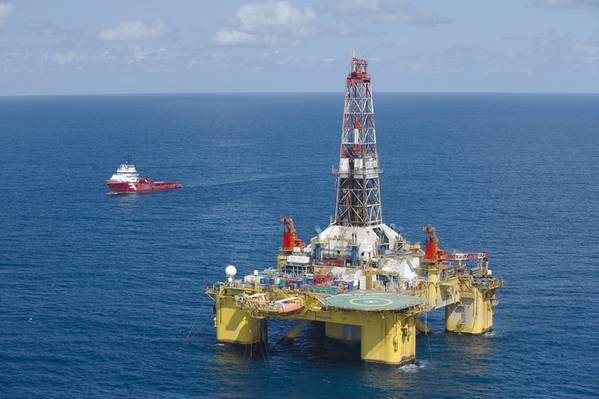 Santos Ltd on Tuesday increased its forecast for 2025 production by 20% underpinned by oil and gas projects it plans to develop in Australia and Papua New Guinea.

The company plans to produce 120 million barrels of oil equivalent (mmboe) a year by 2025, up from a forecast of 100 mmboe previously, it said in a strategy briefing. The new forecast now projects output will rise by 8% a year during the period.

To help spur that growth, Santos, Australia's second-biggest independent gas producer, will ramp up capital spending in 2020 by 45% from this year to $1.45 billion.

The extra spending will be on its Barossa gas project off Darwin, where it aims to reach a go-ahead decision by March 2020, the Dorado oil project off Western Australia and an expansion of the PNG LNG (liquefied natural gas) plant.

Santos Chief Executive Kevin Gallagher contrasted those projects with the company's $18.5 billion Gladstone LNG (GLNG) project that suffered hefty writedowns and is producing at only 77% of capacity four years after starting up.

"These projects are relatively low risk projects by comparison to a lot of the projects we all embarked on here in Australia across the last decade," Gallagher told Reuters following the company's annual strategy briefing.

The three projects plus a slight improvement in output at GLNG to 6.2 million tonnes a year will boost the company's production to the 2025 forecast level.

Santos also raised its estimate for production from Dorado, the biggest Australian oil find in more than two decades, to between 75,000 and 100,000 barrels per day (bpd), up from an earlier estimate of 50,000 bpd.

It expects Dorado to cost between $1.9 billion and $2.2 billion, targeting a final investment decision in the first half of 2021.

In October, Santos acquired the northern Australian business of ConocoPhillips, including operatorship of Darwin LNG, in a $1.39 billion deal.

Santos said development of the Barossa gas field, which will feed the Darwin LNG plant, would cost $4.7 billion.

There is a roughly 18 month gap between when the Bayu-Undan gas field that currently feeds the plant is set to run dry in 2022 and when Barossa is due to start producing. However, Santos is looking for ways to extend the life of Bayu-Undan.

"Anything that can close that gap is going to be very value accretive to us," Gallagher said, adding that Santos should be able to update the market on the opportunity early in 2020.