One of the world’s last frontiers for oil and gas, Timor-Leste's most recent drilling undertaken onshore was nearly 50 years ago in 1972, when Timor-Leste (then East Timor) was under Indonesian rule.

In 2017, Timor Resources made history by securing the rights to explore and develop approximately 2,000 km2 of under-explored onshore acreage on Timor-Leste’s south coast. Timor Resources is in a joint venture with TIMORGAP, the national oil company. The JV holds two Production Sharing Contracts (PSC) which offer attractive fiscal terms and are structured to maximize early cash flows.

Eastern Drilling was appointed after a competitive tender process earlier this year and will be moving a rig to Timor-Leste to commence onshore drilling.

Timor Resources General Manager Jan Hulse expects approximately 430 meters of gross reservoir interval, which is known to be oil bearing in the near surface from evidence of the oil seeps at surface.

“This play type is proven in the Bula field on the Isle of Seram where 20MMbbls of oil have been recovered,” explained Hulse.

Eastern Drilling is headed up Roger Boyko, who said that the company expects a largely complication-free drilling campaign. “This will be the only onshore rig in Timor-Leste which means we make sure the equipment is right and we have a plan for any and all eventualities.”

“The rig we are bringing is an 1100 HP Loadcraft and is currently being commissioned in the USA before making the journey to Timor to spud the first well in January 2020,” explained Mr. Boyko “Our drilling campaign will adopt international best practices and there is some excitement in the local community as this will create much-needed additional employment and skills-transfer.” 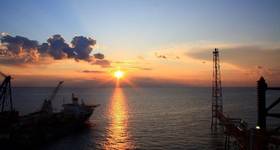 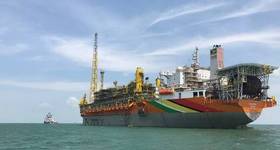