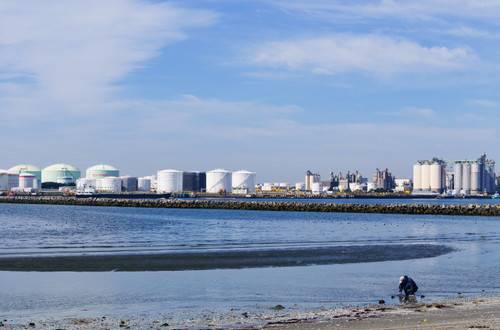 Japan’s third-largest oil refining company, Cosmo Oil, , has started building stocks of very-low-sulfur fuel oil (VLSFO) for supply to domestic marine fuel markets from next month (October 2019) ahead of the IMO 2020 mandate requiring ships globally to reduce their bunker fuel sulfur content to 0.5% from the current 3.5% from January 2020.

“We still have some spare capacity at our residue desulfurizer so we can produce more low-sulfur fuel oil to supply to the bunker market,” stated Cosmo Oil’s President Shunichi Tanaka. This will also reduce the company’s surplus gasoil production, which used to be exported. Residue from the RDS is typically processed further at secondary refining units to become higher-value products such as gasoline and diesel.

The decision to supply VLSFO is part of a growing trend among Asian refiners seeking to capitalize on IMO demand. It is expected that as VLSFO production grows, demand for alternative marine gasoil (MGO) may not be as robust as initially forecast.

An alternative to burning VLSFO or MGO that contain 0.5% sulfur is for ships to add sulfur-removing units (scrubbers) on board so that they can continue using cheap high-sulfur fuel oil (HSFO).

Cosmo Oil has six oil tankers under long-term charter and three of these are fitted with scrubbers and three will use VLSFO. The company is in talks with suppliers to lock in some VLSFO supplies in anticipation of its switch to the new fuel from October. (Source: Reuters)