Oil Search warned on Tuesday that costs for a $13 billion plan to double gas exports from Papua New Guinea could rise if talks on a gas agreement between the government and Total SA drag on beyond next week.

Australia-listed Oil Search is a partner in Total's Papua LNG project and Exxon Mobil Corp's PNG LNG project, which together aim to double LNG exports from the impoverished Pacific nation to around 16 million tonnes a year.

PNG's new petroleum minister, Kerenga Kua, last week suddenly set out to renegotiate a gas deal with Total, which the company had signed in April with the previous government. Neither side has commented on the talks held last week in Singapore.

Oil Search Managing Director Peter Botten said on Tuesday further talks are planned this week and next week, with the aim of reaching an agreement by the end of August.

"It's a dynamic environment at the moment," said Botten, who was in Singapore during the talks, adding that he had been fully briefed on them.

He declined to comment on what issues have yet to be resolved or say how confident he was a deal would be done by the end of next week.

"I'm not going to put odds on it," Botten told Reuters in an interview.

"We're doing whatever we can to work with whoever we can to try and get this resolved as quickly as possible. Time is running out though."

Botten has led Oil Search, PNG's biggest company, for 26 years and has faced delays on projects before, but said the current uncertainty was rare in a country that has had a "very stable fiscal regime" for many years.

"It's unusual that this is happening at such a critical time in the project."

The Papua LNG project had already lined up bids from contractors to do preliminary engineering and design work, but those are due to expire in September, he said.

The companies risk having to pull together new bids if the existing bids fall over, and could face higher costs.

"It would be done in a market that probably would have a higher level of expenditure as the capacity in the market gets soaked up by new projects in other parts of the world," Botten said.

Oil Search on Tuesday reported its half-year profit more than doubled to $161.9 million for the six months ended June 30 from a year earlier, just ahead of a consensus estimate of $160 million, on strong output from the PNG LNG project and higher oil-linked LNG prices.

The result last year was hurt by a shut down of PNG LNG following a major earthquake.

The review of the Papua LNG agreement, a joint venture between Total, Exxon Mobil and Oil Search, has delayed talks on another gas agreement, for the P'nyang field, also needed for the LNG expansion.

Delays on both could push out a final investment decision on the expansion beyond the companies' target of 2020. 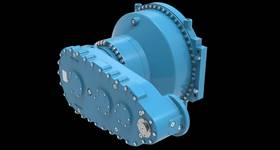 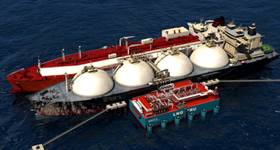