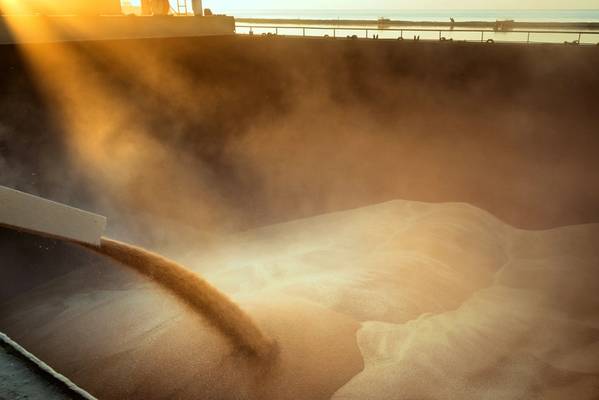 China's purchase of some U.S. soybeans is being viewed as a tentative sign of a little détente in the dispute between the world's two largest economies, but real progress would be a resumption of what had been a burgeoning energy trade.

U.S. and Chinese negotiators are meeting for two days of talks in Shanghai starting on Tuesday amid modest expectations for progress to resolve the trade imbroglio that has resulted in tit-for-tat tariffs being imposed on billions of dollars worth of imports and exports.

One of the areas where some positive movement has been seen is China's commitment to buy more U.S. agricultural produce, soybeans in particular.

U.S. government data released on Monday showed soybean exports picking up, with nine bulk U.S. soybean shipments carrying about 600,000 tonnes inspected for export to China in the week ended July 25, the most for a single week since mid-February.

As positive as this may sound, China is still buying considerably less than it used to from the United States. Soybean purchases in the 2018/19 season are expected to fall to around 14.3 million tonnes, the least in 11 years and well below 27.7 million tonnes in 2017/18.

About 4 million tonnes of that still has to be shipped, and may be rolled over into the next marketing year, which runs from September to August.

What's clear is that U.S. soybean exports to China are down sharply in volume terms, and also in value terms given the slump in soybean prices on the Chicago Mercantile Exchange.

Soybean futures ended at 905 U.S. cents a bushel on Monday, up from the year low of 803 cents in May, but also 16% below the three-year peak of 1,078 cents, reached in May last year just prior to the start of President Donald Trump's trade fight with China.

In dollars per tonnes terms, soybeans are around $333 a tonne, meaning the 600,000 tonnes approved for export has a value of about $200 million.

In contrast, U.S. crude oil exports to China for July are estimated by Refinitiv to be 8.1 million barrels, worth around $494 million, assuming a price of $61.07 a barrel, which is the current level of physical West Texas Intermediate cargoes in Houston, as assessed by commodity price reporting agency Argus.

July is likely to be the strongest month for Chinese imports of U.S. crude since August last year when 10.9 million barrels arrived.

If U.S. crude exports to China could recover to the levels seen in the first half of last year, it would be worth around $20.1 million a day, or $7.34 billion a year.

It's worth noting that crude imports by China from the United States aren't subject to any additional tariffs, and this may help explain the renewed interest in purchasing cargoes seen in July.

But two energy products are subject to import tariffs, with liquefied natural gas (LNG) and coal being slugged with a 25% import tax.

Both LNG and coal had been enjoying strong growth in trade prior to the tariff war and both have yet to show any significant recovery.

China has imported just three LNG cargoes this year, one each in January, February and March, according to Refinitiv data.

This is down from 25 cargoes totalling 1.73 million tonnes in the first half of last year.

In coal, there has been some buying of U.S. cargoes, with two vessels carrying about 152,000 tonnes of the fuel discharging in July.

This is likely coking coal used in steel making and it is believed that some importers may have been able to obtain tariff exemptions for coal imports.

However, coal imports are still way below the first half of last year, when 2.09 million tonnes were imported, for a monthly average of about 349,000 tonnes.

What remains clear is that the area with the strongest growth potential for U.S. exports to China, namely energy, remains well below potential and subject to the success or otherwise of efforts to resolve the trade dispute.

A modest tick higher in soybean purchases may make for a good sound bite, but the real action will be if China agrees to resume buying U.S. crude, LNG and coal in meaningful volumes.