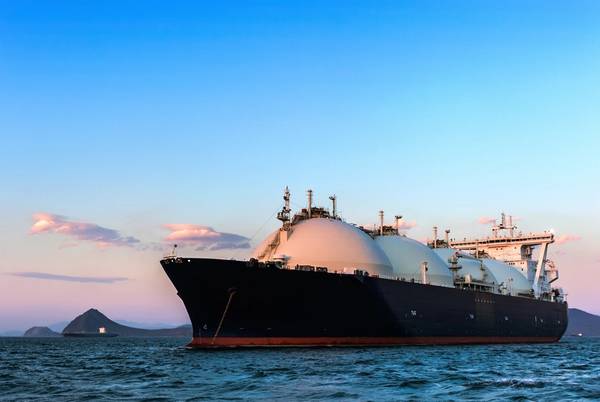 The establishment of air emissions regulations in the form of Emission Control Areas (ECA) and the approaching IMO 2020 sulfur cap have driven the search for economically, commercially, and environmentally acceptable marine fuels.

With advancements in technologies and the significant growth of U.S. liquefied gas export markets, Coast Guard examiners are seeing a new trend on vessels carrying liquefied petroleum gas (LPG) and ethane; these vessels are using their cargoes as fuel during ocean transits.

The use of cargoes other than methane as fuel is allowed in international waters under the International Code for the Construction and Equipment of Ships Carrying Liquefied Gases in Bulk, 2016 Edition (2016 IGC Code), Chapter 16, but U.S. regulations in 46 CFR 154 have not established appropriate standards for use while the vessel is in the navigable waters of the U.S.  The use of methane as a fuel is addressed in 46 CFR 154.703 and was originally intended as a means to control cargo pressure within the cargo tanks.  Currently several liquefied gas cargoes are in use as marine fuel as a means to comply with the established ECA standards.  Because U.S. regulations are currently silent on the use of alternate gases as marine fuel on liquefied gas carriers, the U.S. Coast Guard wishes to encourage owners/operators of gas carriers intending to use cargoes other than methane as fuel in U.S. navigable waters, as defined in 33 CFR 2.36, to promptly seek approval of Commandant.  Each individual vessel must request approval in accordance with 46 CFR 154.32.

The Coast Guard’s Hazardous Materials Division (CG-ENG-5) will consider requests to use cargoes other than methane as fuel on a case-by-case basis.  To request approval to burn alternate cargoes as fuel in U.S. waters, the owner/operator must send the following information to CG‑ENG-5 at hazmatstandards@uscg.mil.

1) International Certificate of Fitness for the IGC Code;

2) Certification by the vessel’s Flag State accepting the use of an alternate cargo as fuel in accordance with the 2016 IGC Code;

3) An attestation from the vessel’s Classification Society confirming the vessel has been built according to the applicable 46 CFR 154 requirements; and

4) An attestation from the vessel’s Classification Society confirming the vessel complies with the 2016 IGC Code for use of an alternate cargo as fuel.

Once the documents are received, CG-ENG-5 will evaluate the submission and, if satisfied that equivalent levels of safety have been achieved, will issue a letter granting the vessel permission to use the alternate cargo as fuel in U.S. waters.  Vessels should keep a copy of the letter on board.