With an ongoing push by the maritime community to reduce ship emissions to satisfy IMO MARPOL Annex VI regulations and limit the sulfur content of ships from 01 January 2020 to 0.5 percent world-wide, many ship owners are starting to consider hydrogen fuel cell technology to satisfy evolving emissions regulations. To date, hundreds of millions of dollars have been spent on research programs to utilize hydrogen fuel cells for transportation. Several maritime powers including the European Union, the United States and Japan have initiated pilot programs to assess the feasibility of maritime hydrogen to reduce emissions while maintaining cost parity with traditional propulsion technology.

A leading voice in the field is Dr, Joseph Pratt, CEO and CTO of Golden Gate Zero Emission Marine (GGZM), who is an internationally recognized expert on maritime hydrogen. GGZM is one of several companies making the transition from feasibility study to vessel construction and operation. 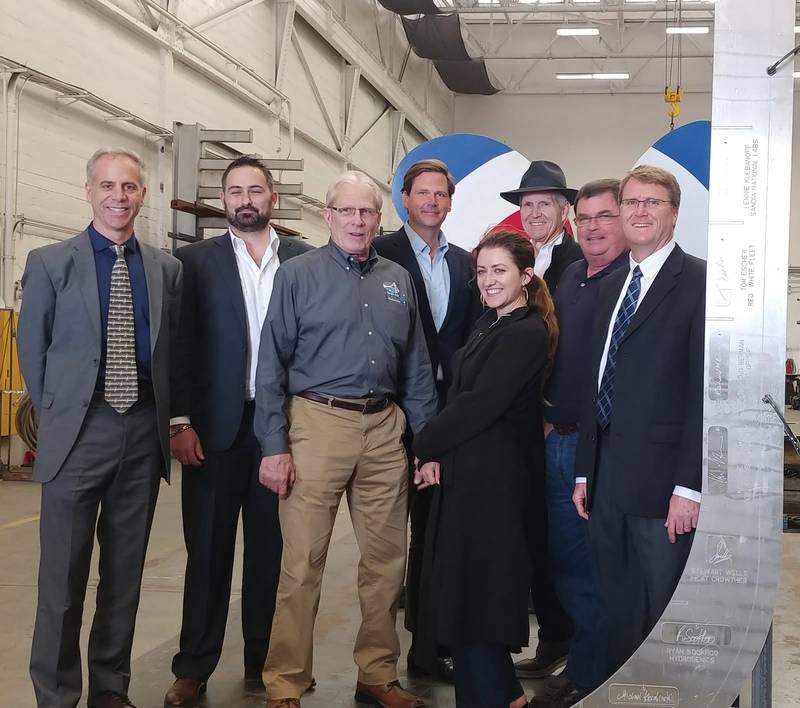 According to Dr. Pratt, once launched the vessel will operate in San Francisco Bay for three months while Sandia National Laboratories, a national lab at the forefront of hydrogen fuel cell technology, conducts performance testing on the vessel and gathers data. The vessel will carry a tank array of up to 242 kilograms of compressed hydrogen at 250 bar (approximately 3600 psi) which will provide enough fuel for up to 2 full days of operation. The Water-Go-Round will be propelled by two 300 kW (400 horse power) shaft motors with a 100 kilowatt hour battery to provide speeds up to 22 knots.

Some of the initial funding for the Water-Go-Round project comes from California Climate Investments, which is a cap and trade program aimed at reducing Green House Gas emissions in the state of California.

Dr. Pratt commented that the successful launch of his business and the building of the Water-Go-Round “was a long time in the making” growing organically out of a partnerships he developed while managing the SF-BREEZE and other studies at Sandia National Labs.

“The feasibility report showed that it could be done, but we wanted to prove it. When looking at the business side [of the company], we saw a really big demand for hydrogen fuel cell vessels”.

Once the Water-Go-Round project is complete, GGZM will focus its efforts on taking lessons learned from the project to develop “ready to go” hydrogen fuel cell power systems which could be used for new vessel construction and retro-fits around the world. 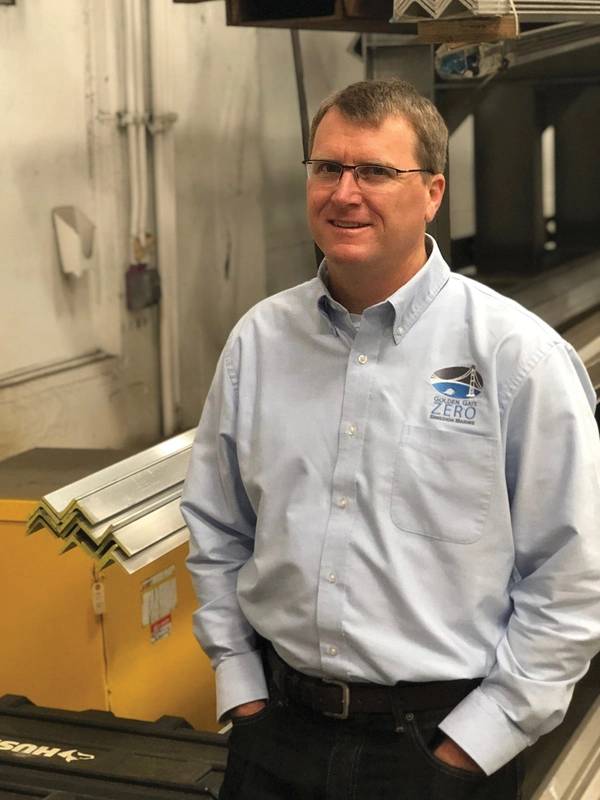 Dr. Joseph Pratt, CEO / CTO of GGZM. Photo credit GGZM“The chicken comes first”
One of the oft-quoted challenges is the “chicken and egg” dilemma when a disruptive propulsion technology enters the maritime market. Critics will claim that ship owners are reluctant to deploy new technology in new vessel construction, like hydrogen fuel cells, until the port infrastructure is in place. They will also claim that port infrastructure will not develop until there is a strong demand from ship owners creating a “chicken and egg” dilemma.

For Dr. Pratt, the answer is “clearly the chicken needs to come first… the chicken is the proof”.

Noting that the US produces more than 10 million metric tons of hydrogen annually (US DOE), Dr. Pratt believes the necessary ingredients for a rapid expansion of maritime hydrogen fuel cell technology already exists in many industrialized countries across the world.

He quipped that instead of producing an endless number of feasibility studies, it was necessary to “get the boats on the water” to prove to the international maritime community that hydrogen technology could be economically feasible.

Dr. Pratt asserts the biggest factor in determining which parts of the world will adopt this technology is “whether [ship owners] can get hydrogen”. At the moment, not all countries throughout the world have easy access to hydrogen. Moreover, the majority of vessels will require liquid hydrogen based on their required endurance since liquid hydrogen has a considerably higher energy density than compressed hydrogen gas. Because of the mature network of hydrogen suppliers in North America, Dr. Pratt believes that North America will continue to be a strong market for this type of maritime technology. 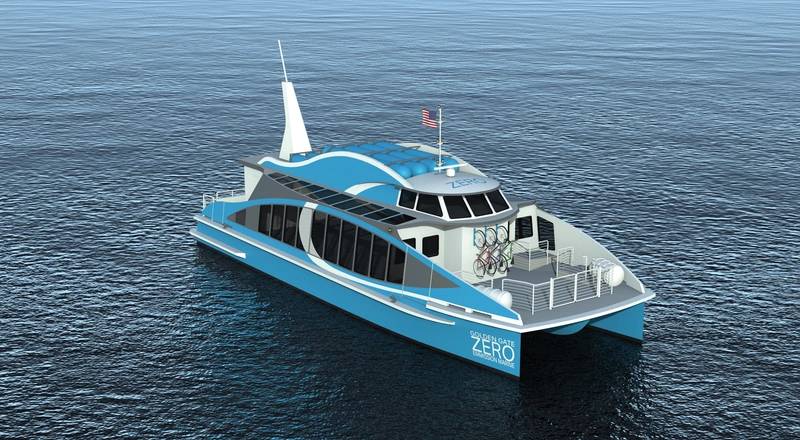 3D rendering of the Water-Go-Round. Photo credit Incat CrowtherWhere does hydrogen come from?
One important distinction when discussing the emissions reduction potential of hydrogen fuel cell technology is the way in which the hydrogen is produced. Methods like steam-methane reforming and partial oxidation produce hydrogen using methane as a feedstock, generally from natural gas. According to the US Department of Energy (DOE), steam-methane reforming and partial oxidation produce hydrogen by combining high temperature steam (700 to 1000°C) with methane in the presence of a catalyst. A report by DNV GL titled Assessment of Selected Alternative Fuels and Technologies points out that hydrogen produced in this manner has a well to tank CO2 emissions equivalent of 90 grams per Mega Joule (MJ) which is more than both HFO and MGO. At the writing of this article, the majority of the world’s hydrogen is produced using these methods.

Another method which is gaining attention is the use of electrolysis to produce hydrogen. During the electrolysis process, electricity is used to separate water into hydrogen and oxygen.

This is achieved by a number of different electrolyzers including Polymer Electrolyte Membrane (PEM), Alkaline, and Solid Oxide Electrolyzers which vary in material, production temperature and how reactions take place within the process. Electrolysis is considered “green” when the electricity used to power the equipment comes from renewable energy sources like wind, solar, nuclear, or bio-gas.

Although the Water-Go-Round project is still undecided on its hydrogen supplier and associated hydrogen production method, Dr. Pratt believes that the adoption of 100% renewable hydrogen “will need to occur in steps”. In order to gain widespread adoption, he believes “the solution has to be economically viable…it has to be market driven, not supported by government funding initiatives. Currently, renewable hydrogen is more expensive than conventional hydrogen”.

“While renewable hydrogen is the goal, it doesn’t provide an economically viable solution today”. Dr. Pratt’s current strategy “is to start with the vessel and conventional hydrogen, which can be economically viable, then transition to higher renewable content as that achieves a cost level making it viable as well.  If we attempt to do both today, the overall effect may be a delay in acceptance of the technology in general”.

Can Hydrogen Be Economical?
When discussing the economic feasibility of hydrogen fuel cell technology in the context of the Water-Go-Round project, Dr. Pratt points out that “the main value proposition for hydrogen fuel cell vessels is in the overall cost reduction for the vessel. Vessel owners will never need to do a complete ‘re-power’ again. First you’re going from a mechanical engine with hundreds of moving parts to the solid-state system of a fuel cell.  Second, at end of life you do not need to swap engines; rather you just need to replace separate fuel cells once they have exceeded their life cycle. Overall this can result in maintenance reduction and down time reduction” which would ultimately reduce the overall operations and maintenance cost of the vessel.

Dr. Pratt also noted that a secondary value proposition of switching to a hydrogen fuel cell system is that the vessel is much quieter than comparable diesel engines and has no on-board pollution. This opens up many possibilities, for example ship owners can take on non-traditional charters for passenger vessels like “cooperate meetings” and “nature excursions” because of the reduced noise and air pollution.

The Future
With the Water-Go-Round project close to its first voyage and other projects like the HYSEAS III project in the United Kingdom or the HYBRIDskip project in Norway at different stages of execution, it is clear that maritime hydrogen technology is rapidly progressing from concept to creation on a global scale. Similar to the mainstream acceptance of liquefied natural gas (LNG) as a marine fuel, hydrogen will likely achieve similar widespread adoption. Dr. Pratt asserts hydrogen fuel cell vessels will initially cluster in areas with stricter emission controls, like the Emission Control Area established in Annex VI of MARPOL, among vessels with a fixed route such as ferries, tug boats, and coastal traders. As hydrogen production spreads worldwide, larger vessels with more variable routes like container ships may start to adopt this technology. Noting the economy of scale of a container ship, Dr. Pratt is quick to note that “one container ship could justify a new hydrogen production facility” in a port suggesting the global adoption of this technology may be just on the horizon. 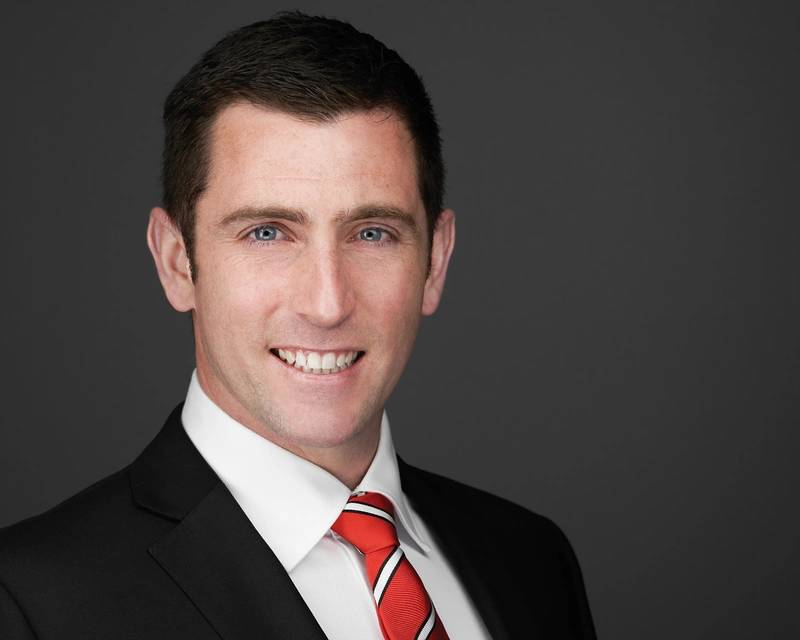 Joseph DiRenzo is a technical project manager and professional engineer with close to 10 years of maritime experience in the US Coast Guard. His last tour was at the Coast Guard Research and Development Center in New London, CT where, among other projects, he led a feasibility study on the use of Liquefied Natural Gas (LNG) for the Coast Guard’s new fleet of Inland River Tenders. With a strong interest in renewable maritime technology, he received a Fulbright Scholarship in 2012 to study maritime Natural Gas Technology at the Norwegian University of Science and Technology in Trondheim, Norway. He has written a number of articles in trade publications and academic journals on the use of LNG in the maritime sector. During his Coast Guard career, he served on two different vessels, including a department head tour as an Operations Officer, conducting a multitude of maritime missions on both coasts of the United States.