First State Investments will acquire Uniper’s entire OLT stake. The purchase price for Uniper’s stake amounts to approx. €400 million ($452 million) and will be adjusted at closing for any distributions already made to Uniper in 2018 and 2019. The resulting net proceeds at a closing later this year are expected to be at a level of approx. €340 million.

OLT is the company that developed and operates “FSRU Toscana”, a floating storage and regasification unit. The unit is moored about 22 kilometers from the Tuscan coast between Pisa and Livorno and has a maximum authorized regasification capacity of 3.75 billion cubic meters per year.

Uniper is active in developing LNG infrastructure in Europe and in procuring and trading LNG worldwide. OLT is a regulated asset and for Uniper a purely financial minority participation. Therefore, being a shareholder of OLT offers Uniper no advantages for expanding and optimizing its own LNG portfolio.

Eckhardt Rümmler, Uniper COO said: “We’re pleased to divest our stake in OLT Offshore LNG Toscana to an experienced gas infrastructure investor like First State Investments. We’ve always said that selected existing gas infrastructure investments which we consider as strategic non-core assets may be suitable for portfolio rotation. That means that we would reinvest the sale proceeds in our growth businesses that generate attractive returns. The agreement on the sale is another example of how we’re systematically implementing our strategy.”

The closing of the transaction is still subject to the approval of the competent authorities as well as other customary conditions. 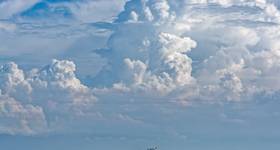