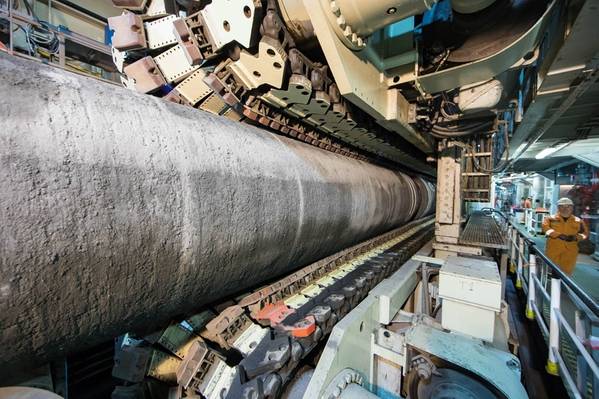 Russia's Nord Stream 2 gas pipeline project to Germany may launch in 2020, rather than the end of 2019, due to delays in obtaining permits from Denmark, Interfax news agency on Friday quoted Nord Stream 2 AG as saying.

The Russian-led company has two pending route applications with Danish authorities, the first of which was submitted more than two years ago, but it was asked in March to assess a third route option in Danish waters.

Nord Stream 2 was quoted by Interfax as saying that the launch date could be pushed back to 2020 if it has to pursue the third route scenario.

Nord Stream 2 told Reuters on Friday it considered it was being illegally forced to apply for a third route. It said it had done so last month, but that it was still hoping for one of the first two routes to be approved.

"The Nord Stream 2 pipeline can certainly be implemented within our timeline," it said in a statement.

"From the project developer's perspectives, all prerequisites are met for completion of the project by the end of 2019," spokeswoman Irina Vasilyeva said in emailed comments.

Nord Stream 2 has come under fire from the United States and several eastern European, Nordic and Baltic Sea countries which fear it will increase the European Union's reliance on Russian gas.