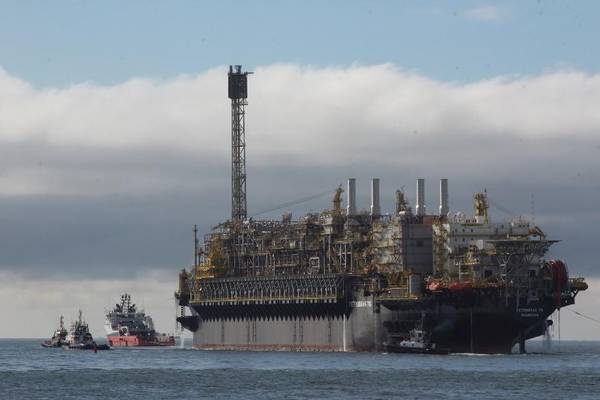 The Brazilian government is likely to pay around $10 billion to state-run oil firm Petroleo Brasileiro SA to settle the so-called 'transfer-of-rights' dispute, newspaper Valor Economico reported on Tuesday, though the parties have not agreed on final terms.

The financial daily, citing a source with knowledge of the matter, said the payment was a reduction from a previous proposal of $14 billion. Valor in January had reported that the government had agreed on the higher figure, but the government subsequently denied the report.

The two sides are close to an agreement, the paper said, reiterating statements by public officials in recent weeks.

Petrobras, as the firm is widely known, did not respond to a request for comment. The economy ministry said that "the negotiations continue" and the final values "will be announced when they are agreed upon between parties."

The transfer-of-rights dispute dates back to a 2010 deal between the government and Petrobras relating to a huge share offering that would have diluted the government's stake.

To maintain control of the company, the government sold Petrobras the rights to explore 5 billion barrels of oil in an area off Brazil's coast for 74.8 billion reais at the time. With that money, it bought additional Petrobras shares.

Brazil's oil regulator now estimates there are around 17 billion barrels of recoverable oil in the area, and the government is seeking to auction rights for the exploration of the excess oil. First, the two sides need to resolve the dispute over the area, which will result in a significant payment to Petrobras.

On Friday, Economy Minister Paulo Guedes said - without specifying the currency - that Petrobras and the government had started off 60 billion apart in their negotiating positions, but were now only 2 billion apart. The figures likely refer to dollars, as the two sides at one point each believed they were owed $30 billion.