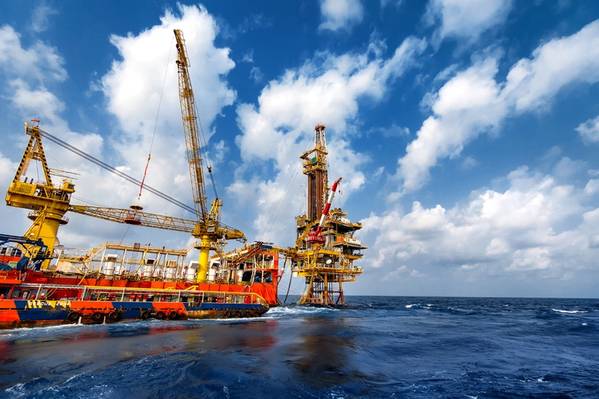 Exxon Mobil Corp plans to boost capital spending for several years, CEO Darren Woods said on Wednesday, and the largest U.S. oil company's shares fell after he laid out a strategy to "lean in" while the rest of the industry cuts back.

Exxon shares fell more than 1.6 percent after the company told analysts attending its annual investor meeting that it plans to lift spending by 10 percent or more for the next several years as rivals are sidelining equipment and capping spending to boost shareholder returns.

Woods defended the strategy of "leaning in as our competitors are leaning back," saying the best time to buy into projects is not when everyone else is active. "You do it when everybody else is at home," Woods said.

Exxon's plans include a big bet on U.S. shale, where output has surged in recent years, making the United States the world's largest oil producer.

Exxon shares were down $1.33 apiece in mid-day trading at $78.86. The stock has underperformed rivals for years and Woods faces challenges to boost investor confidence. He took over as chief executive in 2017, with a mission to boost sagging production and repair missteps made under former CEO Rex Tillerson, including expensive bets on natural gas and Russia.

Capital spending will rise to $33 billion to $35 billion next year from $30 billion this year and from $23.1 billion in Woods' first year as CEO.

"With investors increasingly pressuring energy companies to return cash to shareholders, it is no surprise that the higher capital budget was not positively received by the market," said Muhammed Ghulam, energy analyst with Raymond James.

Over the last five years, Exxon shares have posted a total return of negative 0.16 percent, lagging total returns of 32 percent at Chevron Corp and 54 percent at BP PLC over the same period, while the benchmark S&P 500 index has gained 48 percent, according to Refinitiv Eikon data.

Exxon's output has declined in nine of the last 10 quarters, but the company now forecasts continued production gains. It has placed one of its biggest bets on drilling in the Permian Basin of Texas and New Mexico, the largest U.S. shale field.

The independent oil companies that launched the Permian boom are reducing drilling rigs and cutting spending in response to investor demands to rein in expenses while Exxon and other majors are cranking up investments in the oilfield.

Woods argued that more investment was justified because global demand is rising for oil and gas, and that the declining output of existing wells must be replaced.

“This is a compelling case for industry as a whole,” Woods said.

This week, Exxon and rival Chevron released dueling Permian output projections. Exxon said its Permian production could hit 1 million barrels of oil and gas per day as early as 2024, up from its previous estimate of 600,000 by 2025.

Both companies have boasted of superior technology to overcome one of shale's biggest hurdles: rapid declines in production rates. New well production in the Permian was about 600 bpd per rig as of February, down from nearly 760 bpd in mid-2016, according to U.S. Energy Department data.

Woods said Exxon can earn a double-digit return in the Permian even at $35-per-barrel oil. It expects annual cash flow from overall operations to reach $60 billion in 2025, on assumption of $60 per barrel international oil prices.

Other major investments for Exxon include offshore projects in Brazil and Guyana, and from global investments in liquefied natural gas.

Exxon, which faces investor pressure to trim its assets, said it would divest $15 billion in holdings over the next three years.

Exxon needs to "convince the market that higher spending today translates to higher returns to shareholders over time," which could be helped by increased asset sales, said Biraj Borkhataria, analyst with RBC Europe Limited, in a note to clients.

Analysts and investors have pressured Exxon to be more open and transparent. Woods opened Wednesday’s analyst meeting by saying he had spent “quite a bit of time engaging with our shareholders,” in the last year. Last month, for the first time, he joined the quarterly earnings call to discuss results.