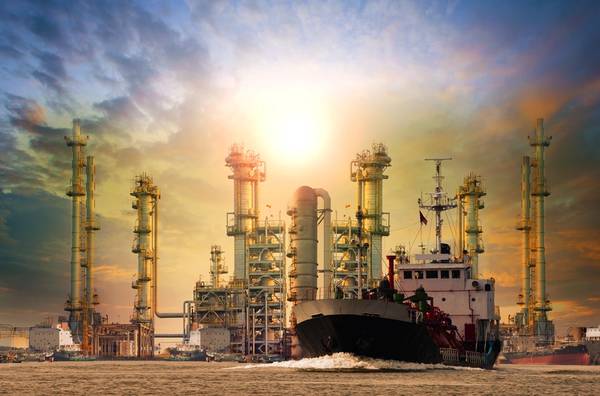 Sales of marine fuels in Singapore, the world's biggest ship fueling port by volume, totaled 49.8 million tonnes in 2018, down 2 percent

from a record the year before, the Maritime and Port Authority of Singapore (MPA) said on Monday.

December sales volumes of marine fuels, also known as bunkers, reached an 11-month high of 4.308 million tonnes, up 10 percent from November and the second-highest for the year, the data showed.

"Singapore retained its position as the world's top bunkering port in 2018, with annual bunker sales volume close to the 50 million-tonne mark for the second year consecutively," said the MPA in a statement.

In 2017, Singapore posted record sales of marine fuels for a third straight year at 50.6 million tonnes.

spread of tainted bunker fuels earlier in the year prompted some shippers to seek bunkers in other ports despite higher costs.

Another factor that may have weighed on bunker fuel sales was higher bunker fuel costs last year, trade sources said.

The cost of 380-centistoke (cst) high-sulphur fuel oil (HSFO) cargoes, the mainstay bunker fuel for large vessels, averaged $419 per tonne in 2018 compared with $317 a tonne in the year before.

For 2019, many analysts expect a downturn in economic growth amid a trade war between the United States and China, which could potentially weigh on fuel demand, including for bunkers.

Should the Sino-U.S. trade dispute be resolved, however, "bunker sales will be slightly better again this year," said Mike Beviss, a consultant for shipping brokerage Eastport Maritime in Singapore.

New International Maritime Organization (IMO) rules will ban ships using fuel with a sulphur content higher than 0.5 percent from 2020, compared to 3.5 percent now, unless a vessel has so-called 'scrubber' equipment to clean up its sulfur emissions.

"Singapore will be one of the few ports where all the different VLSFO (very low-sulfur fuel oil) grades will probably be available," said Beviss.