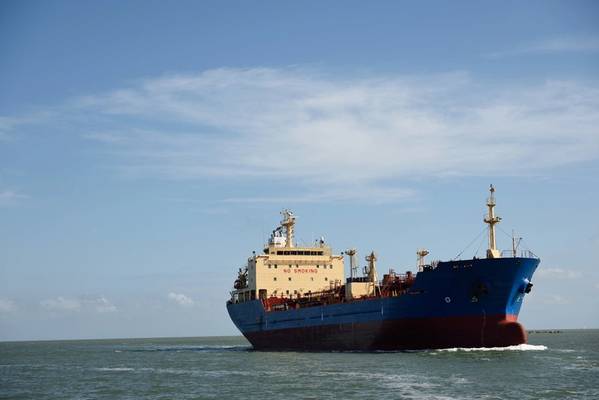 Booming U.S. oil exports have set off a scramble to build Gulf Coast ports to handle more than 3 million barrels per day in new supplies expected over the next five years.

Of seven proposed oil-export projects, nowhere is the opportunity greater or the competition more fierce than in Corpus Christi, Texas, where three firms are vying to open the state's first deepwater port.

Commodities trader Trafigura has taken an early lead with a planned offshore facility that has an easier path to regulatory approval and faces fewer objections from environmentalists.

Its chief competitor - a partnership of investor Carlyle Group and the Port of Corpus Christi to build an onshore port - has responded by petitioning regulators to kill Trafigura's project. Port lobbyists have cited past criminal allegations involving the firm in other countries and potentially "catastrophic" environmental impacts.

Rising demand for new ports follows a 2015 decision by the U.S. Congress to lift a 40-year ban on crude exports after advances in drilling techniques sparked a rapid rise in domestic shale production - especially in Texas. The United States had been the world's top oil buyer for decades, and its port infrastructure was built to import rather than export.

Now, surging exports threaten to overwhelm existing ports as U.S. production is projected to hit 12 million barrels per day (bpd) this year, up from 9.35 million in 2017.

The market ultimately may support more than one new deepwater port, but the first firm to build near Corpus Christi will have the best shot at cutting long-term deals with producers expected to ship an estimated 2.1 million bpd to the region through new pipelines set to open this year.

Carlyle plans a $1 billion port to handle 1.4 million bpd. Trafigura, which has not disclosed its planned investment in the port, would handle much less, at 500,000 bpd. But Trafigura's operation would siphon off revenue from the Port of Corpus Christi and Carlyle's project because Trafigura would serve shippers offshore, before they reach the harbor.

Carlyle declined to make an executive available for an interview and referred questions to Lone Star. Trafigura said in a statement that its port would leave room for other projects because it would handle only a portion of the expected new oil flows.

But Magellan faces a roadblock because port officials last year agreed to work exclusively with Carlyle. Magellan said in a statement that it has not decided whether to build the project.

Carlyle said last October that it could open its facility by late 2020. But that assumes its plan for dredging to accommodate supertankers will not require a full environmental review, which is sought by opponents and could take two years.

As Carlyle and the Port have tried to navigate those obstacles, port lobbyists have petitioned regulators to halt Trafigura's project. In an August letter, the port's law firm called on the U.S. Coast Guard and the Maritime Administration to reject Trafigura's application, citing a "criminal history."

The letter from Baker Wotring LLP pointed to the trader's 2006 guilty plea for selling a U.S. company oil from Iraq that Trafigura falsely claimed had been authorized under a United Nations humanitarian aid program. U.S. companies at the time were barred by government sanctions from buying Iraqi oil except through the program.

After the regulators declined the port's request, its law firm in December raised bribery allegations brought earlier that month by Brazilian prosecutors against two former Trafigura executives. The firm asked regulators to halt Trafigura's work until the allegations were "fully investigated."

Trafigura said in a statement that its management had no knowledge of any improper payments made to employees of Brazil's state-run oil firm Petrobras. Trafigura did not comment on the port law firm citing its guilty plea involving Iraq oil sales.

Federal rules require state governors to sign off on offshore ports. Abbott has made no decision, a spokesman said.

Lone Star's Ashcroft said onshore terminals are safer than offshore projects because oil spills are more easily cleaned up in harbors than in open water. Trafigura said it chose to go offshore to ensure supertankers can safely and efficiently load cargoes and that its application will be reviewed by more than 30 government agencies.

Carlyle is essential to building the Port of Corpus Christi's crude export business. Port officials started pursuing federal approval to dredge its harbor 28 years ago, but Congress only recently approved $59 million, a fraction of what's needed.

"We don't have 28 years; we have two," said Sean Strawbridge, chief executive of the Port of Corpus Christi Authority, referring to its timeline for readying the port for new oil flows.

Port officials last year sought to kickstart the dredging by issuing $217 million in bonds. That money will allow it to start dredging to a 54-foot draft - not deep enough for supertankers.

If Trafigura's port wins approval, it could take business from the Port of Corpus Christi. Port revenues could fall by about 12 percent, estimated investment researcher Morningstar Inc., a loss that could hurt its efforts to finance dredging not covered by the government or Carlyle.

In October, Carlyle agreed to pay an undisclosed sum to cover the dredging needed to get achieve a 75-foot draft in the outer harbor to accommodate supertankers.

Environmentalists favor offshore ports over what they consider the harmful impact of dredging harbors.

Trafigura has countered environmental concerns about its offshore operation by proposing to tunnel under sand dunes and wetlands to install a pipeline instead of digging a trench through environmentally sensitive areas.

"Sea turtles are always an issue with dredging" because it brings in salt water, said Jayson Hudson, a regulatory supervisor at the U.S. Army Corp of Engineers, which oversees permitting for Carlyle's project. He called Trafigura's horizontal drilling plan a "good option for avoiding permanent impacts."

Dredging the harbor, by contrast, would have wide-ranging impacts, said John Donovan, president of the Port Aransas Conservancy.

"We're very much against what we consider to be an environmental disaster that the Port's plans for Harbor Island would entail," he said.