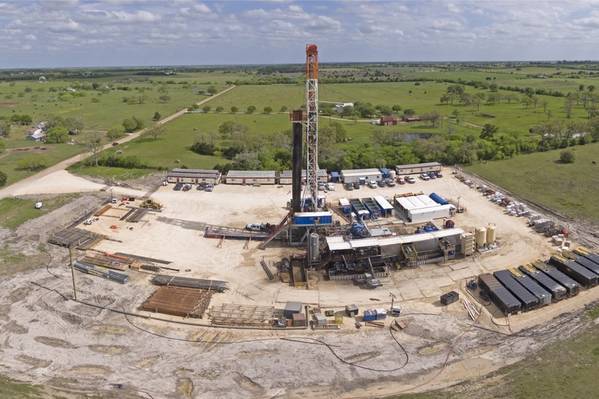 U.S. shale producers are slamming the brakes on next year's drilling with crude prices off 40 percent and mounting fears of oversupply, paring budgets that in some cases were set only weeks earlier.

The reversal is alarming because blistering growth in shale fields has propelled U.S. crude output 16 percent to about 10.9 million barrels per day for 2018, above Saudi Arabia and Russia. Production has been expected to rise 11 percent more in 2019 as large oil firms and independents added wells this year.

Right now, shale prices are close to break even levels. U.S. crude futures for 2019, based on an average of the year's monthly contracts, this week dropped below $50 a barrel, near the $46-$50-per-barrel level that shale producers in the Permian Basin, the largest oil field in the United States, need to cover their costs.

Centennial said in a securities filing it could no longer stand by its 2020 projections or add rigs next year "in light of the current macro environment." Just six weeks ago, it forecast 2020 output of 65,000 bpd with "attractive" returns based on a U.S. oil price of $75 a barrel.

"Realized pricing in the Permian Basin is near levels not seen since the end of 2016 while service costs have increased by about 35 percent during the same time period," said Travis Stice, CEO of Diamondback. The company cut three rigs, and plans to operate 18 to 22 rigs next year, down from 24 now.

"If commodity prices continue to decline, we will further reduce activity to match our budget to expected annual operating cash flow," Stice said in a statement.

Goodrich Petroleum Corp this week also cut its 2019 capital spending plan by $40 million and Abraxas Petroleum Corp said it has scrapped a $108 million budget draft and will release a new one early in the year. Ring Energy also disclosed plans to cut one of its two drilling rigs.

The shale cutbacks are the first of what is expected to be a wave of companies shedding rigs and slashing spending budgets, said Matthew Lemme, a portfolio manager with investment firm Cushing Asset Management.

"You can’t stick your head in the sand and pretend that oil hasn't fallen 20 bucks in a couple of months," Lemme said.

The message that investors continue to send oil and gas producers is: "Stay within cash flow no matter what the oil price is," Lemme said.

The number of active drilling rigs has dropped to the lowest since October, but producers in the Permian Basin have banked a record number of drilled wells waiting to be completed and tied to pipelines. That inventory could be tapped quicker than having to drill new wells.

"Shale companies outside the Permian appear to face greater financial distress, and we think they would need to scale back activity more were prices to stay low," Standard Chartered said in a note.