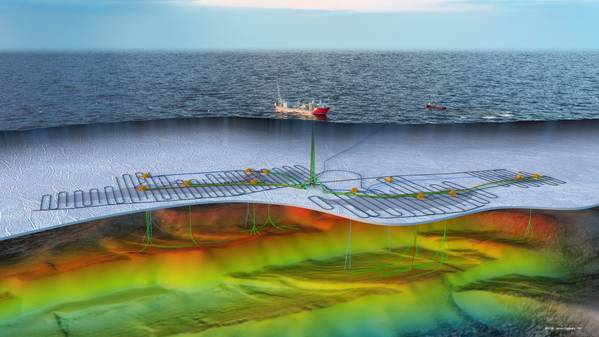 Norwegian minister of petroleum and energy Kjell-Børge Freiberg cut the first sheet for the topside of the Johan Castberg floating production, storage and offloading unit (FPSO) at Kværner's yard at Stord on Wednesday as part of a large scale  project triggering ripple effects throughout Norway.

The topside will be installed on the 200-meter long FPSO vessel that will be producing on the Johan-Castberg field for 30 years from the planned production start in 2022.

The field development concept includes a FPSO vessel and extensive subsea development, with a total of 30 wells, 10 subsea templates and two satellite structures.

Construction of the other two major components of the FPSO is well under way. The hull is under construction in Singapore, and the turret is being built in Dubai. These will eventually arrive at Stord in 2020 for assembly and completion before the vessel is moved to its location in the Barents Sea.

"Johan Castberg is the next major development on the Norwegian continental shelf and will open a new area in the Barents Sea for Equinor," said Anders Opedal, Equinor’s executive vice president for Technology, Projects and Drilling. "Johan Castberg's development will have ripple effects equivalent to 47,000 man-years in Norway during the development phase. The value of Norwegian goods and services will amount to around NOK 25 billion."

The Johan Castberg development costs are estimated at around NOK 49 billion, and jobs generated nationwide during the development are estimated at slightly less than 47,000 man-years, some 1,800 of which will be located in Northern Norway. More than 2 million working hours will be included in the construction of the topside, and it is expected to generate jobs for 4,800 people.

There will be extensive activity at the yards in Verdal, Egersund and Sandnessjøen in addition to Stord over the next few years constructing the many parts that will form the complex topside. 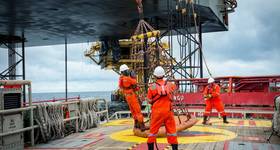