CEFC Paid Out Compensation After Rosneft Stake Deal Fell Through

CEFC paid almost 225 million euros ($257 million) in compensation to a consortium of Qatar Investment Authority and Glencore after the Chinese firm's deal to buy a stake in Russian oil firm Rosneft fell through, a document showed.

The chief executive of Rosneft, Igor Sechin, said in September 2017 that CEFC had signed a deal to buy 14.2 percent of Rosneft from Qatar and Glencore.

The deal was not completed and the circumstances under which it fell through remain unclear.

Sources close to the matter said in March that CEFC had started paying when the CEFC Chairman Ye Jianming was put under investigation by the Chinese authorities for suspected economic crimes. The sources did not say how much was paid.

A financial report, released by QHG Holding and seen by Reuters on Monday, has revealed some details of the deal.

QHG Holding, one of three British-registered companies created by Glencore and QIA for their deal to buy 19.5 percent stake in Rosneft in December 2016, was paid 224.82 million euros by CEFC between December 2016 and May 2018, the report showed.

The report, which recorded the compensation as a non-dividend income, said the CEFC payment was "a result of a terminated planned disposal of the group's shareholding in PJSC Rosneft Oil Company."

The payment was first reported by Russian newspaper Kommersant.

The value of the Rosneft stake CEFC was preparing to buy was 7.4 billion euros, according to a report filed by another of vehicle through which Qatar and Glencore controlled the stake.

After the collapse of the deal with CEFC, Qatar agreed to become the long-term owner of the stake.

In a Reuters published this month, nine sources familiar with the deal said the acquisition by Qatar had been financed by Russian state bank VTB.

QIA did not respond to a request for comment. 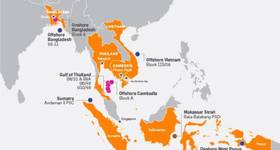