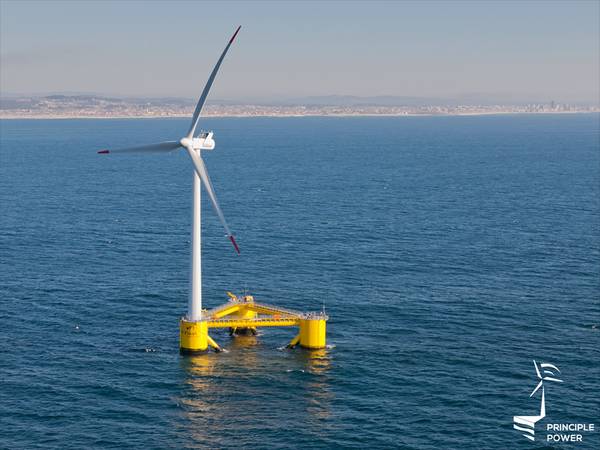 Principle Power said its WindFloat floating wind turbine foundation has been chosen for the project.

Joao Metelo, Principle Power’s CEO, said, “Once complete, KOWL will be the world’s largest floating wind farm, achieving another major milestone for the industry. We’re very pleased that WindFloats have been chosen and are excited about the project.”

The WindFloat foundation allows offshore wind projects to be sited in locations with the most abundant wind resource, independent of water depth. Principle Power has also introduced new installation and O&M methodologies that reduce risk, cost and environmental impact.

“This project clearly demonstrates the WindFloat’s ability to meet project needs, and how floating wind can be attractive to project developers in Europe and around the world,” Metelo said.

In addition to the Kincardine project, Principle Power is executing on other projects ranging from 25 to over 100 MW elsewhere in Europe, Asia and North America.