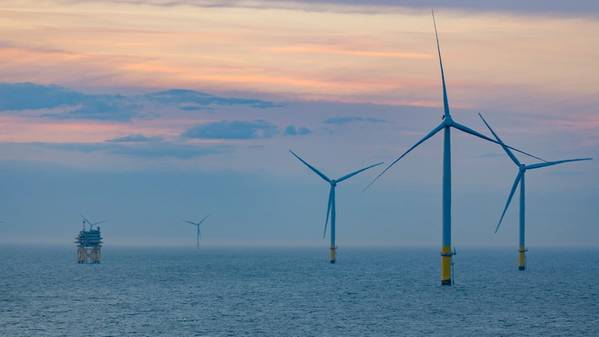 Danish energy group Orsted posted third-quarter profit well above analyst expectations on Thursday and lifted its outlook for the year, in part thanks to the contribution from new offshore wind projects.

"The increase is primarily due to good progress on our offshore construction projects," Chief Executive Henrik Poulsen said in a statement, noting a faster ramp-up of power generation at the Borkum Riffgrund 2 project in Germany.

Orsted is rebranding itself as a renewable energy firm after it sold its oil and gas unit to Ineos last year, courting investors interested in green investments which have seen a boost amid policies to protect the climate.

Including profits from the Hornsea 1 partnership in the UK, Orsted said it still expects EBITDA for the year to be "significantly higher" than the 22.5 billion achieved in 2017.

The company' power generation increased 12 percent between July and September compared to a year earlier.

The company also said it submitted a bid in a clean energy auction in Connecticut in September and expects to receive the outcome of the auction before the end of the year.

The bid comes after it said in August it would acquire U.S. wind farm developer Lincoln Clean Energy.

"During the third quarter we have secured a very strong and long-term growth platform in the American market," Poulsen said in a statement.