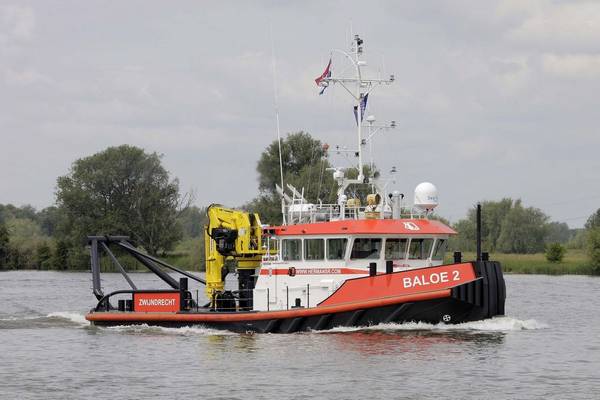 A contract has been signed between Damen Shipyards Hardinxveld and Herman Sr. BV for the building and delivery of a Shoalbuster 2308 S, to be named Teddy.

The new vessel will join the five other Damen Shoalbusters currently operated by the company and, with the hull already available from stock, is due for delivery in March / April 2019. This latest addition to the Senior BV fleet will allow the company to expand the services that it offers to the dredging, offshore wind and other sectors.

Herman Sr. BV. is a third-generation, family-owned company based in Dordrecht, the Netherlands. Its fleet of Damen Shoalbusters and Multi Cats enables it to offer a wide range of marine services to its customers and it currently has vessels under contract in Latin America, the Middle East and Africa, as well as in Europe.

Like the other models in its class, the Shoalbuster 2308 is an exceptionally rugged and versatile workboat, which, as its name suggests, is optimized for a wide range of shallow water operations as well as offshore activities. The designs are continually updated to take advantage of the latest components and build techniques.