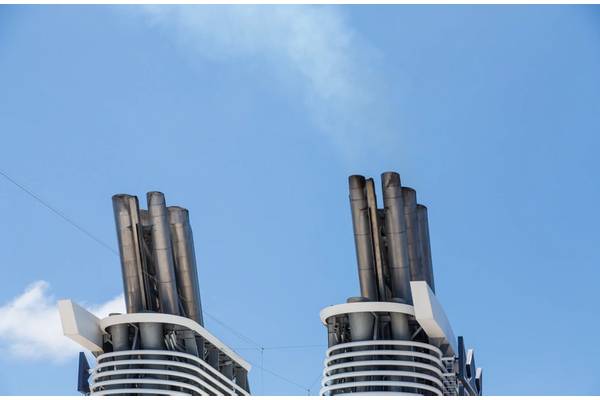 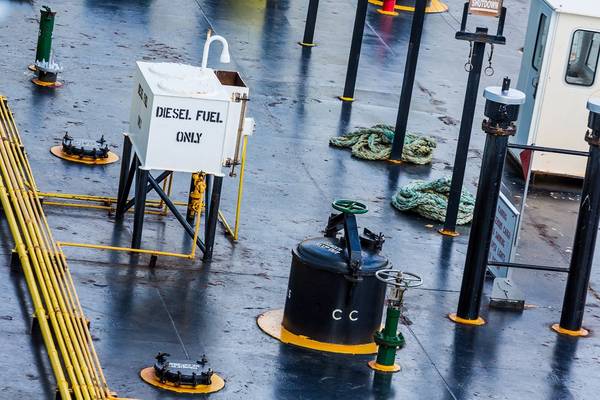 The International Maritime Organization (IMO) has so far resisted pressure to soften or postpone the implementation of new regulations requiring ships to use bunker fuels with a lower sulphur content from the start of 2020.

That has prompted warnings from some analysts that the regulations will squeeze the availability of low-sulphur diesel and jet kerosene required by trucks, trains, aircraft, farmers and industry, resulting in big price increases.

The regulations and any associated rise in fuel prices will occur in the run up to the next U.S. presidential election so there is considerable political sensitivity around the timing and cost of the changes.

But most IMO members are confident there will be enough low-sulphur fuel available to meet the needs of both the shipping industry and other users of middle distillates without an unacceptable spike in prices.

From Jan. 1, 2020, ships will be required to use fuel oil containing no more than 0.5 percent sulphur, down from a maximum of 3.5 percent at present, and an actual average of around 2.5 percent.

Ships operating in emission control areas in the Baltic Sea, North Sea, most of the coast of Canada and the United States, and parts of the Caribbean are already subject to a lower limit of 0.1 percent, which will not change.

Reduced sulphur limits for the rest of the world were originally approved by IMO members in 2008 and the deadline was reconfirmed following a fuel availability assessment in 2016.

A detailed study of the fuel market commissioned by the IMO before it confirmed the deadline examined multiple scenarios for marine fuel consumption and production at the end of the decade.

The study concluded that "in all scenarios the refinery sector has the capability to supply sufficient quantities of marine fuels … to meet demand for these products while also meeting demand for non-marine fuels".

Capacity increases in crude distillation as well as sulphur-removing hydrocracking and hydroprocessing would be enough to meet increased demand for low-sulphur distillates and fuel oil (“Assessment of fuel oil availability”, CE Delft, 2016).

Others in the industry have been less sanguine about the availability of sufficient low-sulphur fuel for both marine and inland users and warned about price increases.

Earlier this year, the International Energy Agency assessed the new regulations would divert around 200,000-250,000 barrels per day of low sulphur distillate from other uses to the shipping industry.

The agency warned diesel prices might have to rise by as much as 20-30 percent to achieve the necessary consumption reduction in other sectors (“Oil 2018: analysis and forecasts to 2023”, IEA, March 2018).

This week, the agency presented a less worrying scenario to the IMO, suggesting diesel availability may be “less stretched” owing to slower global growth and a shift away from diesel in key economies.

Diesel demand is slowing in Europe and may be hitting a plateau in China while slower trade growth will also ease some pressure on diesel markets (“An analysis of the IMO 2020 sulphur limit”, IEA, Oct 2018).

And some major shipping flag states, including the United States, worried about the impact on fuel costs, have been lobbying for “an experience-building phase” that would inform the implementation of the sulphur cap (“U.S. seeks late change to sulphur-cap rules”, Financial Times, Oct. 23).

The global shipping industry accounted for 46 percent of heavy fuel oil and 5 percent of gasoil used worldwide in 2012.

The IMO’s consultants forecast that around 3,800 ships would be fitted with scrubbers by the start of January 2020.

They predicted most ship owners would leave installations until 2018/19 to delay capital costs as late as possible and avoid incurring costs until they could take advantage of discounted high-sulphur fuel oil.

These forecasts appear reasonably accurate. By 2020, around 4,000 ships will be fitted with scrubbers, on the most recent estimate by Norwegian consulting firm DNV GL.

A total of 1,850 vessels have already been fitted with scrubbers, according to a report issued by the firm on Oct. 10.

Vessels that do not install scrubbers, will be required to buy fuel certified as containing less than 0.5 percent sulphur from Jan. 1, 2020, and will likely be banned from carrying any fuel over this limit after March 1.

All these options are likely to add to the fuel bills for ship owners, which they will seek to pass on to charterers and freight companies.

But the main concern focuses on how many ship owners will switch to using marine gasoil, which is essentially the same product as road diesel, distillate fuel oil, and jet fuel.

Large-scale switching will put ship owners in direct competition with motorists, haulage firms, railroads, farmers, airlines and the heating oil industry for the same molecules, pushing up prices for all of them.

Because so much distillate is used in industry and freight transportation, distillate consumption is heavily geared towards the economic cycle.

Distillate markets have been relatively tight in 2018 and were expected to tighten further in 2019 assuming the economic expansion continues.

As the IEA notes, however, there has recently been some shift away from diesel among European motorists following the emissions cheating scandal and consumption growth may also be moderating in China.

More importantly, the global economic and trade cycle shows increasing signs of maturity and may move into a more moderate phase over the next 12 months.

Refiners have also undertaken extensive expansions and upgrades to reduce their production of high-sulphur residuals and increase output of IMO-compliant fuel oil and gasoil.

Having made expensive investments, many refiners and bunkering firms have urged the IMO to press ahead with the introduction of the new sulphur cap.

There are still concerns about the potential impact on gasoil availability and prices in 2020. In 2008, gasoil prices moved briefly to a premium of almost $40 per barrel over Brent, in part because of concerns about availability.

So far, gasoil cracks for fuel delivered in January 2020, the first month after the sulphur cap is introduced, have risen from a recent low of $12 per barrel to almost $19.

The big margin between gasoil and high-sulphur fuel prices is necessary to ensure at least some vessel owners switch to scrubbers.

The risk of future price spikes cannot be ruled out. But so far, the price mechanism appears to be working as intended.