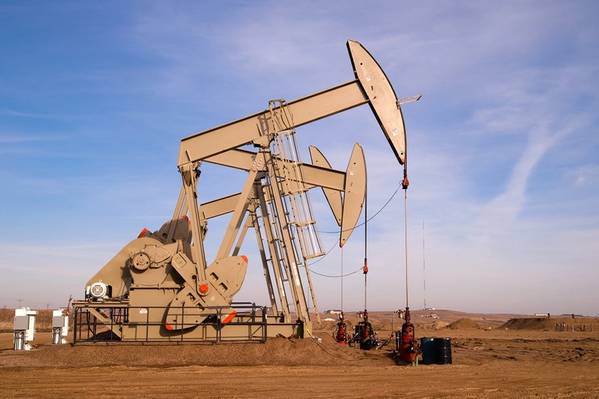 The world's biggest trading houses said on Wednesday they saw oil prices not falling below $65 per barrel and possibly breaking above $100 next year as U.S. sanctions on Iran reduce crude exports from the Islamic republic.

The range of views illustrates deep uncertainty among top industry players over the outlook, given the reimposition of sanctions on Iran and forecasts of slowing economies and energy demand in 2019, potentially leading to choppy trading.

Oil has rallied this year on expectations the sanctions, coming into force on Nov. 4, will strain supplies by lowering shipments from Iran, OPEC's third-largest oil producer. Brent crude last week reached $86.74, the highest since 2014.

Jeremy Weir, chief executive of Trafigura, said at the Oil & Money conference in London that he would not be surprised to see oil trade at more than $100 per barrel next year.

Among others with a relatively bullish view was Alex Beard, chief executive for oil and gas at Glencore, who forecast at the same event a mid-term oil price of $85-90.

"I think the sanctions will be very tough," Beard said. "Waivers will be extremely limited if any, and I don't see an end to it as the objective is regime change in 2019. I can't see anything that will affect oil prices dramatically to the downside."

A release of U.S. strategic oil stocks to ease the loss of Iranian supplies looked remote and would have limited impact anyway, and a plan by European nations aimed at maintaining trade with Iran was unlikely to help, he added.

"The European payment mechanism doesn't shield you if you use the U.S. financial system ... you can pay but don't expect to be on their Christmas card list," he said.

Some of the traders said, however, they expected some demand destruction in emerging economies to help cap prices.

In 2019, forecasters such as the International Energy Agency say emerging-market crises and trade disputes could dent global demand while rising production from outside the Organization of the Petroleum Exporting Countries adds to supply.

The chief executive of Gunvor, Torbjorn Tornqvist, said he saw lower prices next year at $70-$75, citing a slowdown in demand growth and a well-supplied market.

"There will be some Iranian exports but the amount will depend on the price. If oil goes up to $100 a barrel then waivers, if it stays around $80 a barrel then no waivers," Tornqvist said.

Vitol presented the most bearish views, with its chairman, Ian Taylor, forecasting a price of $65 a barrel.

"We've knocked down our demand growth forecast this year and for next year ... I think the only issue is: will the U.S. pipelines in the Permian (basin) manage to deliver a huge increase in the second half of 2019?," Taylor said.