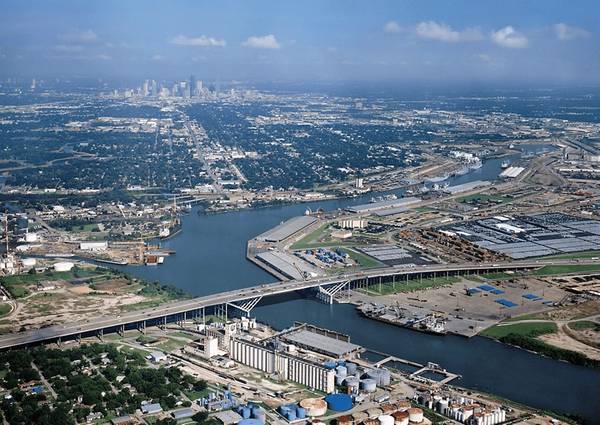 Chevron Corp wants to build or buy a refinery along the U.S. Gulf Coast to process crude oil from its rapidly growing Permian Basin operations, a senior executive said on Tuesday.

The company would like to have refining operations on the Houston Ship Channel, in the western part of the U.S. Gulf, to complement an existing eastern Gulf refinery in Mississippi that makes lubricants and other materials, Pierre Breber, Chevron's head of downstream and chemicals, said.

"Something on the ship channel side could make a lot of sense for our company," Breber said in an interview on the sidelines of the Oil & Money conference in London.

Chevron is a major oil producer in the Permian Basin of West Texas and New Mexico, the largest U.S. oilfield. The company's Permian production jumped 51 percent sequentially in the second quarter to 270,000 barrels of oil equivalent per day. By expanding its refining capacity to Houston, Chevron would be able to process its Permian crude closer to where it is produced.

Most of Chevron's refineries are in California and use a heavier type of crude than the light, sweet kind pumped from Permian shale wells.

"The ingredients to invest in the U.S. Gulf are very sound," said Breber, who assumed his current role in 2016 and previously oversaw Chevron's pipeline operations.

The Houston Ship Channel links the busiest U.S. petrochemical port to the Gulf of Mexico and is home to dozens of refineries and chemical facilities.

Mike Wirth, who became Chevron's chief executive earlier this year, formerly ran the company's refining arm and is widely seen by Wall Street as an advocate for expanding refining operations.

Separately, Berber said Chevron's existing Mississippi refinery has seen shipments from Venezuela drop 25 percent to 75,000 barrels per day over the last two years. Chevron is the only remaining major U.S. oil producer in the strife-torn country.