Japan's LNG Imports Slide to Lowest Since May 2016 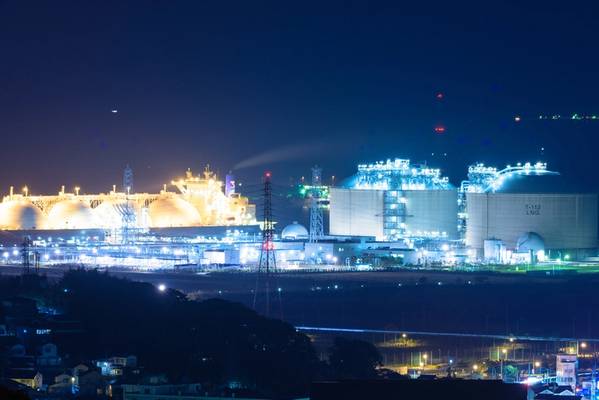 Japanese imports of liquefied natural gas (LNG) in June fell to the lowest in more than two years as the country's utilities switched on more nuclear reactors that had been shut in the wake of the Fukushima atomic disaster in 2011.

Japan has six reactors operating and three others have passed safety inspections and could be operating by October, allowing utilities to switch away from LNG. Spot prices for the fuel rose to three-and-a-half-year high in June.

Japan, the world's biggest importer of LNG, brought in 5.55 million tonnes of the fuel in June, down more than 10 percent from a year earlier, official data showed on Wednesday. That was the lowest monthly import number since May 2016.

Imports of thermal coal also fell in June, down 18.3 percent from a year earlier, and the lowest since May 2017, the data showed.

The Fukushima disaster in March 2011 sparked the country's worst energy crisis in the post-war period, forcing it to import huge amounts of LNG and driving prices to record highs. They also turned to cheaper coal imports.

All of the country's reactors were eventually shut down to be relicensed under new safety rules after the disaster highlighted regulatory and operator failings.

Nine out of 40 commercially operable units have been relicensed under the new rules. One of the three not operating has been shut down by a court order that expires in September, while the other two are under regular maintenance and refueling and due to start operating within weeks.

Still, nuclear power remains unpopular in the country and many hurdles remain to getting more units operating beyond the nine approved, analysts have said.