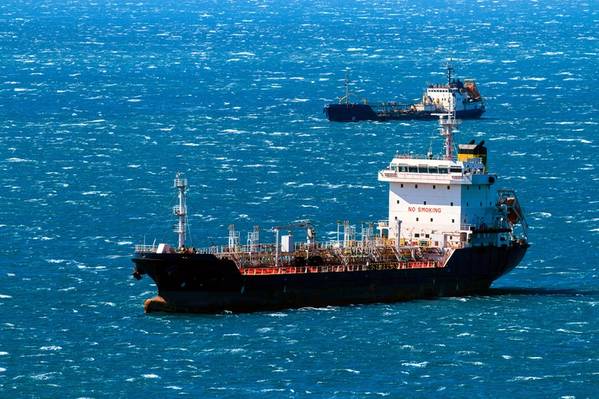 A U.N. monitoring group wants to enlist the help of the world's biggest oil trading companies to enforce sanctions that cap the amount of crude and related products North Korea can import, the coordinator said.

The U.N. Security Council ramped up sanctions last year after North Korea said it had conducted missile tests that put the U.S. mainland in range of its nuclear weapons.

Under the restrictions, Pyongyang is limited to importing 4 million barrels of crude and 500,000 barrels of products a year.

But the panel of experts appointed by the Security Council said in March that additional fuel was being sold to North Korea via illicit deals involving transfers of petroleum from large ships to smaller vessels at sea to evade detection.

The panel said in its March report that it had investigated at least four such transfers and was "also investigating several multinational oil companies for their roles in the supply chain of petroleum products".

Hugh Griffiths, the U.N. monitoring group coordinator, told Reuters he was seeking support from the top traders to help implement sanctions and proposed clauses that they could add to their oil deals to prevent fuel ending up in North Korea.

He said the big traders "represent the choke point in the supply chain and if all the big ones sign up and make this the industry standard ... all smaller players will have to comply".

The panel sent a letter in May to 10 major traders operating in the region, outlining the recommended contract clauses. The letter was also sent to regional refiners and some specialist firms, mainly in Singapore.

Griffiths, who did not identify the 10 firms or the other companies targeted, said all the firms had been asked to respond within a month of receiving the letter. A list of those that failed to reply would be published after that period, he said.

In its March report, the U.N. panel named Switzerland-based Trafigura as a trader that initially handled fuel that eventually ended up in North Korea in ship-to-ship transfers. It was the only multinational named in the report on the issue.

Trafigura denied involvement in the illicit trade and said it had no knowledge that its fuel would end up in North Korea.

Ben Luckock, Trafigura's co-head of risk, said his firm had consulted with U.N. officials and had added new clauses requiring proof of a cargo's final discharge.

"We are also stipulating that buyers require that vessels they use for such cargoes do not switch off their Automatic Identifier System (AIS)," he said, referring to a ship's satellite tracking system.

A spokeswoman for Royal Dutch Shell, who did not say whether the firm had been sent a letter from the U.N. panel, said the company had clauses prohibiting clients selling to countries under U.N. sanctions, while BP said it complied with all sanctions requirements.

Vitol said it had "robust" compliance procedures in place, while Mercuria said it was "always happy to help international bodies to bring additional transparency on these issues".

Glencore and Gunvor, two other major oil traders in the region, had no comment.

Griffiths said the main focus was on free-on-board (FOB) contracts, in which a seller hands responsibility to the buyer once a cargo is loaded on a ship. Typically, the contracts have a final destination clause but no further proof of a cargo's fate is usually required after the sale.

"Once the product is sold, they don't really pay attention to what happens afterward," Griffiths said.

He said traders, or those selling the cargoes, "should be implementing end-use verification measures which means that if a product is delivered to another ship ... all details of the shipment are provided", including official documents showing that a cargo's entire volume was delivered to a ship or port.

He said clauses should prevent a ship with a fuel cargo from turning off its AIS and an insurer could invalidate a policy if the AIS was switched off.

Griffiths said the U.N. panel was also "investigating multiple companies particularly down the supply chain, smaller brokers" over suspected violations. He did not name the firms.