By Aaron Sheldrick and Osamu Tsukimori May 21, 2018 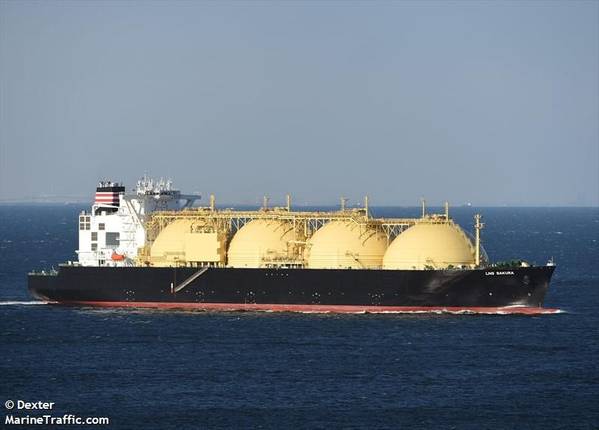 Japan received its first shipment of liquefied natural gas (LNG) on Monday from Dominion Energy Inc's newly completed Cove Point export plant, the beginning of a jump in imports from the United States by the world's biggest buyer of the fuel.

The docking of the tanker LNG Sakura at Tokyo Gas Co's Negishi terminal near Tokyo is another marker of shifting global energy flows as the United States ramps up exports of gas and oil from shale formations.

The cargo is the first of 2.2 million tonnes of LNG a year Japanese companies are purchasing under long-term contracts from Cove Point in Maryland. A ramp-up of purchases now by Japan may draw some of the sting from President Donald Trump's criticisms of the Asian nation's trade imbalance with the United States.

"The first cargo from Cove Point could not come at a more timely juncture for Japan in the light of trade tensions," said Nicholas Browne, senior gas analyst at energy consultancy Wood Mackenzie in Singapore.

"U.S. LNG imports will reduce the trade deficit to an extent, while also helping Japan's politicians demonstrate they are doing their part," he said.

Tokyo Gas said in a statement the 177,000-cubic metre Sakura docked earlier on Monday and is unloading about 70,000 tonnes of LNG. It passed through the Panama Canal, which was widened in 2016 to allow passage of large LNG tankers.

Tokyo Gas has a contract to buy 1.4 million tonnes a year of Cove Point LNG for 20 years. Kansai Electric Power has contracted to take 800,000 tonnes a year.

The Japanese companies, which have agreed to swap cargoes of LNG when needed, declined to say under what contract the shipment was bought. An industry source said the cargo was originally contracted to Kansai Electric.

Japanese buyers have been buying cargoes on a spot basis from Cheniere Energy Inc's Sabine Pass terminal in Louisiana, which exported its first cargo in February 2016.

Since then Japanese buyers have imported a little over 1.4 million tonnes of LNG total from the United States, paying about 93 billion yen ($835 million). Japan had previously bought cargoes from Alaska.

U.S. President Donald Trump has singled out Japan and others countries, including China, for running trade surpluses with the United States, demanding that they take steps to reduce the perceived imbalance.

To placate Trump, Japanese officials have suggested buying more U.S. energy supplies, although private companies have said they do not have the capacity to take in more.

Japan's trade surplus with the United States was 616 billion yen in April, up 4.7 percent from the same period a year earlier, official data showed on Monday.

The Cove Point contracts were signed before Trump took office, but any increase in LNG imports may help Japanese officials show Washington they are responding to his demands.

"The start up of Cameron and Freeport LNG (in the United States) next year, which also have contracts to Japan will further help," said Woodmac's Browne.

Dominion Energy was not immediately available for comment outside operating hours. The company said recently the Cove Point terminal had entered commercial service for natural gas liquefaction and exports.