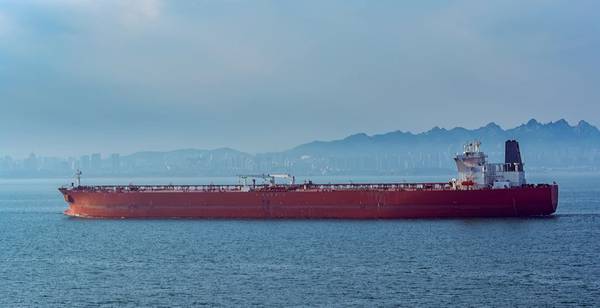 A U.S. decision to reimpose sanctions on Iran is supporting China's newly established crude oil futures, and may spur efforts to start trading oil in yuan rather than dollars, traders and analysts said.

Since launching in March, Shanghai crude oil futures have seen a steady pick-up in daily trading, while open interest - the number of outstanding longer-term positions and a gauge of institutional interest - has also surged.

Traded daily volumes hit a record 250,000 lots last Wednesday, more than double the day before, spurred by news of the Iran sanctions.

The jump helped the front-month Shanghai futures contract account for 12 percent of the global oil market last week, up from just 8 percent in week one.

"The contract is thundering into action," said Stephen Innes, head of trading for Asia/Pacific at futures brokerage OANDA in Singapore.

The ascent of Shanghai crude is aided by China's voracious demand for oil, with imports hitting a record in April of 9.6 million barrels per day.

China is also the biggest buyer of Iranian crude oil, and the recent boost in trading volume at least in part flowed from the sanctions decision, said Barry White, senior vice president for derivatives in Singapore at financial services firm INTL FCStone.

"The sanctions... can potentially accelerate this process of establishing a 3rd (oil) benchmark," White said.

China took almost a quarter of Iran's exports in 2017, meeting around 8 percent of its import needs, leaving both sides exposed to the impact of U.S. sanctions.

"Chinese refiners are worried as costs of purchasing crude rise... and showed a strong interest in using Shanghai Crude for hedging in the wake of the sanctions," said Zhang Huiyao, deputy head of crude with Huatai Futures.

Beijing also wants to establish the yuan in physical oil markets, which would avoid the cost of exchanging dollars and increase the use of the renmimbi in global financial trade.

Reimposed sanctions on Iran could give China leverage to demand oil imports from the country be priced off Shanghai's crude futures.

"It makes sense for Iran to begin selling oil under contracts denominated in yuan rather than dollars," said OANDA's Innes.

However, Iranian oil is not among the types of Middle East crude deliverable through the Shanghai exchange mechanism.

Traders said China may also not want to push back too hard against Washington.

"They (China) will grumble and accept it," added Fereidun Fesharaki, founder and chairman of energy consultancy FGE.

"There is no one who will realistically choose Iran over the United States."