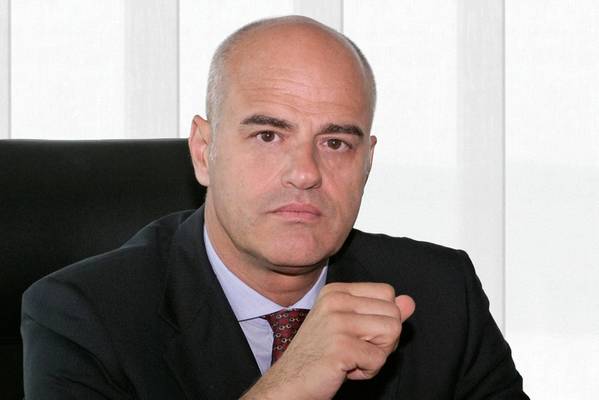 Italian oil major Eni has no plans to pull out of its joint venture with Russia's Rosneft despite escalating sanctions against Russia, the head of Eni said on Wednesday.

"We certainly have not pulled out, we're working with them," CEO Claudio Descalzi said on the sidelines of a conference.

Eni, one of Europe's biggest importers of Russian gas, extended a cooperation agreement with Rosneft last year to explore the Russian Barents Sea and the Black Sea, and to consider further opportunities together.

But after the United States imposed major new sanctions against Russia earlier this month, speculation has been growing that companies working with Rosneft might have to reconsider deals.

"We need to see why more sanctions have been imposed and how they will be applied, but it's not that we've closed relations with Rosneft, we are here and will remain here," Descalzi said.

In March Exxon Mobil Corp said it would exit some joint ventures with Rosneft, citing Western sanctions first imposed in 2014.

Last month, a source close to the operations said Rosneft and Eni had failed to make a commercial oil discovery in the Black Sea as the well they were drilling turned out to be dry.

Descalzi, who acknowledged Eni and Rosneft had not found much in the Black Sea well, said the two companies were now looking further north and would be moving to drill wells in the Russian Barents Sea.

"It's strategic for the energy security of Italy," Descalzi said.