Russia Ramps up Fuel Exports in Fight for European Market 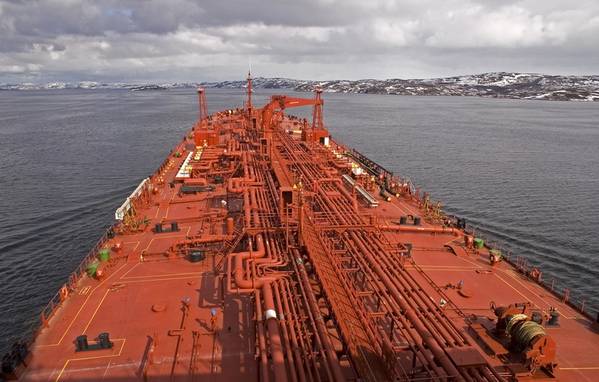 Russia plans to sharply increase fuel exports and carve out a larger share of the European market following an extensive $55 billion modernisation of its refineries, companies' plans and analysts' reports show.

Russia embarked on a modernisation of its biggest refineries in 2011 following a fuel shortage crisis. It also changed its tax system to favour production of cleaner and higher-quality fuel.
The modernisation, which has not been completed yet, led to a surge in output of light products and exports, which has hurt European refineries' margins.
Russian think tank Vygon Consulting expects Russian primary oil refining volumes to rise by 8 million tonnes this year, matching a record high of 289 million tonnes reached in 2014 thanks to the modernisation and rising oil prices.
The consultancy forecasts Russia's exports of light oil products, including diesel, will increase this year to 106 million tonnes from around 95 million tonnes in 2017 as domestic consumption sags.
According to Russian oil pipeline monopoly Transneft, more than 38 percent of oil products from the Baltic Sea port of Primorsk, Russia's key exporting outlet, goes to the Netherlands' port of Rotterdam, followed by Germany (19 percent), the United Kingdom (15 percent) and France (11 percent).
According to the Primorsk data, it plans to ship 18.3 million tonnes of diesel this year, rising sharply to 19.8 million tonnes in 2019 and 23.9 million tonnes in 2020.
In total, Transneft plans to increase exports of ultra-low sulphur diesel (ULSD) - the cleanest type of diesel used by motorists in Europe - by 3 million tonnes to 26 million tonnes this year.
Andrew Reed, an analyst at U.S.-based ESAI Energy consultancy, said that thanks to widespread hydrotreating investment more of Russia's surplus diesel has become a clean product suitable for Europe.
"Russia now exports more than 650,000 barrels per day of ULSD, enabling it to place more than 500,000 bpd of the product into that market," he said.
"Exporting more clean diesel will enable Russia to continue expanding market share in Europe – to the detriment of competing exporters in the United States and the Middle East."
With around half of Europe's cars fuelled by diesel and its refineries unable to meet domestic demand, the region imports around 850,000 barrels per day of diesel. Nearly 20 percent of Europe's diesel imports arrive from the East of Suez refineries, according to consultancy Energy Aspects.
New Refining Units
According to the industry sources and Reuters data, Russia plans to introduce 15 new hydrocracking units allowing it to produce up 18.2 million tonnes of ULSD by 2022 at their full capacity.
The total diesel output, including non-ULSD, could reach 22 million tonnes if all 27 fuel oil residue conversion units are put into operation.
As well as increasing diesel production, Russia is also on track to produce more gasoline. The same units will also be able to produce up to 10 million tonnes of naphtha per year by 2022, which could be entirely processed to the gasoline if needed, according to industry sources and Reuters data.
"We expect Russian gasoline supply to see strong growth this year. Growth in yields started already over the second half of 2017 (+0.4 percentage points), supported by new capacity," Eugene Lindell of Vienna-based JBC Energy said.
"This year we see further gasoline-focused units coming online, of which slightly over 70,000 bpd will be reforming capacity."
Usage of diesel in Europe has been under scrutiny since Volkswagen, Europe's biggest carmaker, admitted to cheating U.S. emissions tests. German carmakers, including Daimler and BMW, faced a backlash against diesel technology, in which they have invested billions.
The German government has sought to find ways to avoid bans on heavily polluting diesel vehicles in major cities after a court ruling.
Yet, even though sales of new gasoline cars in Europe are rising, the shift is not yet there to force diesel out of the market, JBC Energy said in a recent report, posing little threat to Russia's plans to increase diesel exports to Europe, at least for now.
(Reporting by Vladimir Soldatkin and Maxim Nazarov Editing by Katya Golubkova and Susan Fenton)
Login or Register to read full story
Categories: Tankers Finance Energy News