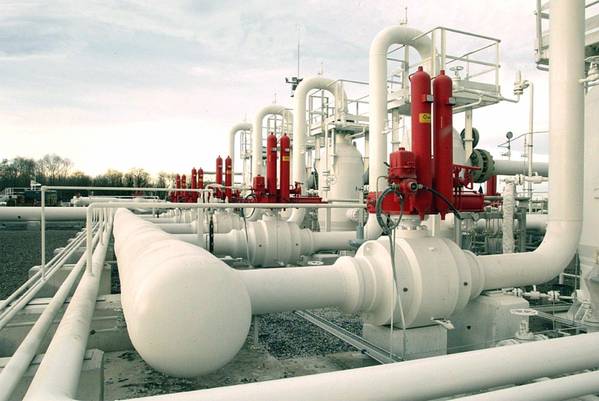 Photo: Gazprom
Russia and Serbia have revived an idea of building a gas pipeline in the Balkan country, a project that would enable Gazprom to step up its gas supplies to Europe, bypassing Ukraine.
The Serbian pipeline will be linked to Bulgaria and Hungary via two interconnectors to ship Russian gas from the TurkStream pipeline.
The Vienna-based Energy Community Secretariat, which transposes EU energy standards to aspiring member states, criticised the project saying the true aim was to bring Russian gas from TurkStream to the Baumgarten hub near Vienna, not to diversify gas supplies to Serbia.
A southern link to Russian pipelines, including a stretch through Serbia, has long been planned, with a previous project, South Stream, cancelled by Russia in 2014 in the wake of the Ukraine conflict and European Union sanctions.
Serbia, which had given Russia's Gazprom Neft majority stake in its oil company in exchange for its inclusion in the South Stream project, imports more than 90 percent of its annual gas needs from Russia via Ukraine.
The EU candidate country, together with its traditional ally Russia is looking now for ways to secure gas supplies bypassing Ukraine.
For that purpose Gazprom and Serbian gas company Srbijagas registered the Gastrans company in January to replace South Stream Serbia.
Gastrans, in which Gazprom holds a 51 percent stake and Srbijagas the remainder, this week invited parties interested in using the pipeline, to submit non-binding capacity reservation bids by April 15.
The public call was issued to determine demand for natural gas and characteristics of the pipeline more precisely, Gastrans said.
"The anticipated commercial operation date is Oct. 1, 2019, however this is subject to possible change," it added.
According to Gastrans, the current design of the pipeline foresees one entry point on the Serbian-Bulgarian border in the Serbian town of Zajecar and four exit points near Paracin, Pancevo and Gospodinci and on the Serbian–Hungarian border.
Serbian Prime Minister Ana Brnabic said recently the project was aimed at boosting regional energy connectivity.
"At this moment, it is premature to assess whether this project would materialise and what would be the regulatory regime in Serbia (or in other countries). For sure, it would not contribute to diversification of sources in the region," the Energy Community Secretariat told Reuters.
After dropping South Stream, Russia has sought alternatives to bypass Ukraine. Among them was TurkStream, designed to ship more supplies to Turkey, and more significantly for Moscow, to extend across Turkey to southern Europe's borders, opening up a new transit route for Russian gas.
The EU halted the South Stream project saying the owner of the pipeline and gas supplier need to be separated. But analysts said it wanted to prevent Russia from shipping gas to Europe bypassing Ukraine, downgrading its geopolitical significance.
Reporting by Maja Zuvela
Login or Register to read full story
Categories: Energy Fuels & Lubes Government Update Logistics