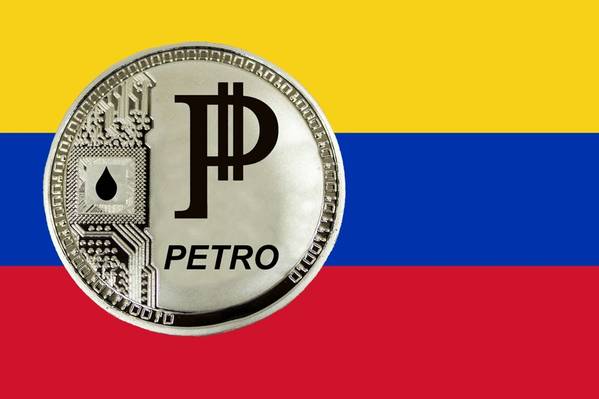 © Stanislav/Adobe Stock
The Trump administration is considering sanctioning a Venezuelan military-run oil services company and restricting insurance coverage for Venezuelan oil shipments to ratchet up pressure on socialist President Nicolas Maduro, a U.S. official said.
With Maduro running for another term in an April election that Washington and its allies oppose as a sham, the United States is weighing sanctions that would target Venezuela’s vital oil sector beyond what has been done before, the official told Reuters on Wednesday. Some measures could come before the vote and others could be imposed afterwards.
The official, who is close to U.S. internal deliberations on Venezuela policy and spoke on condition of anonymity, would not rule out an eventual full-scale ban on Venezuelan oil shipments to the United States, among the toughest of oil-related sanctions.
“I think (it would cause) a fairly strong shock to the oil market in the short term,” the official said.
The official stressed that no decisions have been made and that any U.S. action would take into consideration potential harm to ordinary Venezuelans, already suffering from food shortages and hyperinflation, and the country’s neighbors as well as the impact on the U.S. oil industry and consumers.
Venezuela was the fourth largest supplier of crude oil and products to the United States in 2017, according to the U.S. Energy Information Administration. Its crude oil sales to the United States last year were the lowest since 1991, according to Thomson Reuters trade flows data.
“Oil sanctions are not taken lightly,” the official said. “This would be a fairly strong escalation for U.S. policy, whether it’s a complete oil sanction or salami slices of different graduated steps.”
The administration of President Donald Trump is also weighing possible sanctions against additional military and political figures, including Socialist Party No. 2 Diosdado Cabello, the official said.
Experts say individual sanctions have had little or no impact on the Venezuelan government’s policies. Maduro, himself sanctioned last year, regularly laughs off Washington's disapproval and blames the U.S. "empire" for Venezuela's economic woes.
Venezuela’s Information Ministry did not respond to a request for comment on potential further sanctions.
Washington’s crafting of new sanctions comes as Venezuela’s opposition coalition is boycotting the April 22 election, citing “fraudulent” conditions, including a ban on its top two candidates from running.
Even if Venezuelan authorities delay the election by a month or two, the official said, that likely would not prompt the U.S. administration to hold back on sanctions.
ECONOMIC PAIN
The best tool for making the Venezuelan government feel economic pain, U.S. government sources say, is through “sectoral” sanctions, such as financial measures announced in August that barred U.S. banks from any new debt deals with Venezuelan authorities or state-run oil giant PDVSA.
Venezuela's foreign minister, Jorge Arreaza, said in Geneva on Tuesday that U.S. sanctions are making foreign debt renegotiation more difficult and causing "panic" at global banks.
Among the possible new U.S. targets is Camimpeg, Venezuela’s military-run oil services firm, the official said. With Maduro’s approval, Venezuela’s powerful military in 2016 founded Camimpeg, which is geared to providing PDVSA with assistance in drilling, logistics and security.
Little is known about Camimpeg's activities. The opposition says the armed forces are a nest of corruption and the unpopular Maduro has sought to buy the support of military chiefs by giving them increasing control of the OPEC nation’s crude reserves, the world’s largest.
Another option would be sanctions aimed at putting restrictions on insurance coverage for oil tankers and oil cargos involving PDVSA, the official said.
Oil exports are typically protected by insurance on tankers as well as on the cargo. Without insurance, a vessel cannot navigate in international waters, which means Venezuela’s oil exports would likely be curtailed. Sanctions on cargo insurance would also hurt because PDVSA has a limited tanker fleet.
In addition, the Trump administration is continuing to consider blocking the sale of lighter U.S. crude and refined products that Venezuela mixes with its heavy crude and then exports, the official told Reuters.
"There's a host of additional sanctions that could be imposed. The president has all those before him,” said U.S. Senator Marco Rubio, who has played a key role in pushing for Trump’s more assertive approach to Venezuela than his predecessor, Barack Obama, in an interview with Reuters on Wednesday.
In a commentary in the Miami Herald on Thursday, Rubio called for "a united front of disaffected government insiders and military personnel, with popular support from the Venezuelan people, to remove Maduro and his inner circle from power."
The U.S. official interviewed by Reuters reiterated the administration's insistence that it is not seeking "regime change" and only wants Maduro to return to a democratic path.
The Venezuelan government did not respond to a request for comment. Maduro and other senior officials have frequently accused the United States of trying to provoke a coup.
The White House has yet to confirm whether Trump will attend the Summit of the Americas in Lima in mid-April, but the official said aides were planning as if he would be there. While Peru's center-right government has said Maduro would not be welcome, the U.S. official said if Trump goes, he will speak out against the Venezuelan leader.
(Reporting by Matt Spetalnick and Alexandra Ulmer and Patricia Zengerle in Washington; additional reporting by Marianna Parraga in Houston, Andrew Cawthorne in Caracas Editing by Leslie Adler and Jonathan Oatis)
Login or Register to read full story
Categories: Tankers Energy Government Update