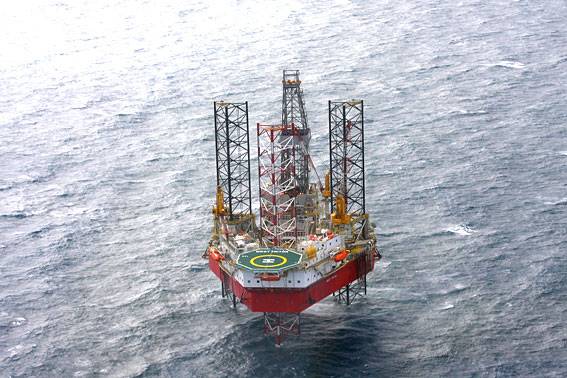 Shipping tycoon John Fredriksen has reached an agreement with a majority of creditors over a restructuring plan for oil rig firm Seadrill, according to U.S. court documents on Monday.

The company, once the world's largest offshore driller by market value, filed for Chapter 11 bankruptcy protection with debt and liabilities of over $10 billion last September after a sharp drop in oil prices in 2014 cut demand for rigs.
"It's good for all parties that Seadrill comes out of an expensive and time-consuming process," said Frederik Lunde, head of research at brokerage Carnegie.
Under an amended plan, supported by 99 percent of its bank lenders and about 70 percent of unsecured creditors, including South Korean shipyards, the company will raise $1.08 billion in new capital via the issuance of new secured notes and equity.
Seadrill will issue $880 million in new secured notes, up from $860 million planned previously, and $200 million in new equity, the same level as previously planned.
Unsecured bondholders which contested the original restructuring plan by Fredriksen and private equity firm Centerbridge Partners, will get a bigger stake in the company, one bondholder source told Reuters.
The unsecured creditors' stake in the new company will increase to 36.4 percent from an initial offer of around 19 percent, while the combined stake of Fredriksen's family investment vehicle Hemen and Centerbridge will be reduced to 36.4 percent from an original 49 percent, the source said.
It was not immediately clear what stake Hemen will have in the new company separately from Centerbridge, but under the deal, Hemen would be allowed to cut its stake to just 5 percent within three years if it wanted to do so, according to the court documents.
"We wanted this point to be included in the plan in order not to prohibit other companies from coming in and buying Seadrill's shares in the future, for example, another stronger industry player," the bondholder source said.
Hemen owned around 24 percent of Seadrill before the company filed for creditor protection to address more than $10 billion debts and liabilities, including $5.7 billion in bank loans and $2.3 billion in unsecured bonds.
Existing equity holders, including Hemen, will receive 1.9 percent stake in the new company, under the amended plan.
Seadrill shares were up 13 percent by 1256 GMT. It was the best performing stock of the Oslo benchmark index .
Seadrill said in the court documents it had also reached an agreement with South Korean Daewoo Shipbuilding&Marine Engineering (SHI) and Samsung Heavy Industries (DSME) over contracts for four newbuild drillships.
The previous claims from the two companies stood at around $1.7 billion.
The court will hold a hearing of the plan and accompanying documents later on Monday.
Seadrill proposed to hold a confirmation hearing on April 17 instead of an earlier date of March 26, the court documents showed.
(Additional reporting by Ole Petter Skonnord in Oslo and Christopher Spink in London, editing by Jane Merriman)
Login or Register to read full story
Categories: People & Company News Offshore Finance Energy News Offshore Energy