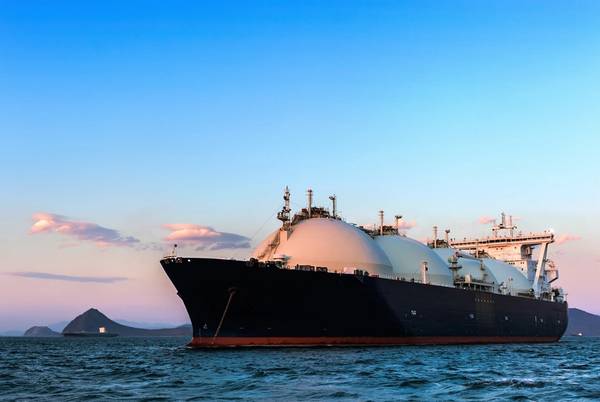 Tanker rates to ship liquefied natural gas (LNG) across the Pacific hit a fresh record high on Friday as high demand for the U.S. super chilled fuel from Asia drives up the demand for vessels, industry sources told Reuters.

The cost of chartering a vessel to carry a shipment of LNG from Australia to Japan jumped to a record high of $335,000 per day, according to data intelligence firm Spark Commodities.

The jump comes ahead of the peak winter consumption season and is spurring concern among Asian buyers that colder-than-normal weather could be exacerbated by the shortage of ships, pushing costs of the electricity feedstock even higher.

"There is almost no available shipping in either basin and demand from key Japanese and Chinese buyers has risen, particularly following weather forecasts that China is entering a cold snap that will see temperatures drop by 6-10 degrees, boosting heating demand," said Robert Songer, LNG analyst at commodities intelligence firm ICIS.

Unlike Europe, there is almost no long range gas storage in Asia and spikes in demand are felt more immediately in the LNG market.

Asian benchmark LNG prices are currently about $37 per million British thermal units (mmBtu). That’s down from a peak above $56 in early October, but above the high last winter.

Asia looks better prepared for winter than Europe, so far, in terms of inventories; however a repeated cold snap could lead to a buying spree similar to that seen in January which served as the catalyst to fire up prices.

East Asia inventory days cover stand at or above the five-year average levels for China, Japan and South Korea.

In addition to the extreme tightness in the Pacific vessels, congestion at Panama will contribute to tightness by increasing tonne miles or tonne days, industry sources said.

Panama Canal congestion has worsened over the last weeks and waiting time for LNG vessels to sail southbound to the Pacific without a booked slot stood at 16 days on Friday, according to the Panama Canal Authority, prompting longer routes eastward around the Cape of Good Hope.

"This in turn will require an increased price spread between the basins to account for additional shipping costs to Asia," Refinitiv analysts said.