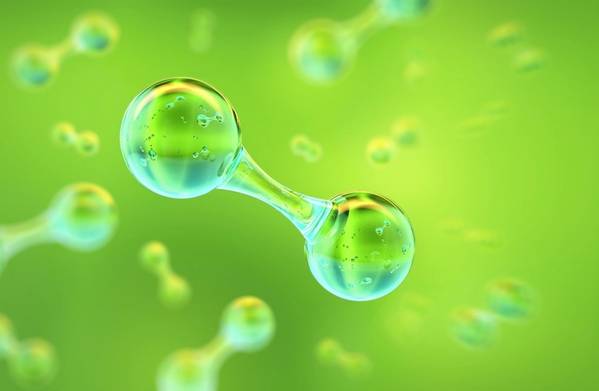 Although hydrogen is the most abundant element in the universe, it's very scarce as a gas, and so far most methods of producing gas at scale release large amounts of carbon dioxide.

Hydrogen is colorless, but each form of it has been categorized by a color that reflects its carbon footprint: The ultimate is green hydrogen, extracted using power from renewable energy such as wind or solar.

Here are details about green, grey, blue and turquoise hydrogen:

Derived from renewable sources which could include offshore wind, powering floating electrolysis plants. Green hydrogen can be stored, piped, or carried by tankers to consumers, for example, to serve hydrogen filling stations. So far it has mostly been produced for experimental projects.

Blue hydrogen is produced in the same way as grey hydrogen but with CO2 emissions captured for underground or subsea storage. It's often presented as a transitional approach until green hydrogen output can scale up.

Also called low-carbon hydrogen, and so far very small scale, this is hydrogen generated from natural gas but using pyrolysis - the gas is passed through molten metal, producing solid carbon as a byproduct with useful applications.