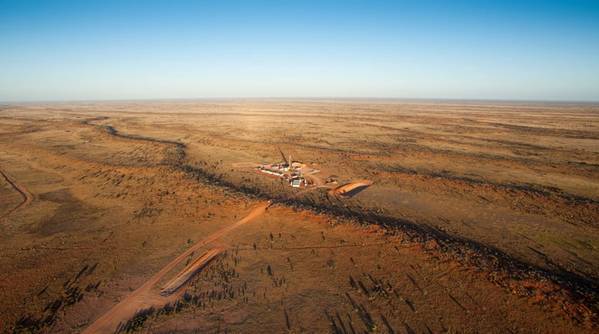 Australian coal seam gas producer Senex Energy Ltd said it had received a $605 million takeover proposal from POSCO International Corp and was opening up its books to the South Korean trader with the aim of gaining a sweeter offer.

The A$815 million or A$4.40 per share offer from POSCO International, the trading arm of steel giant POSCO, has already been twice-improved, Senex said.

"The Senex Board believes it is in the best interests of its shareholders to continue to engage with POSCO International and will assess any proposal received on its merits," it said in a statement.

The offer represents a 15% premium over Senex's share close last Friday and nearly 38% over its close on Sept. 1. Senex's shares jumped 15% on Monday to A$4.38, just below the tentative offer price.

A POSCO International spokesperson said the company was pursuing an acquisition of Senex as part of its efforts to secure natural gas reserves to replace its existing natural gas sources.

Senex is a rapidly growing gas producer supplying Australia's east coast market, where prices have more than doubled over the past six years following the start of liquefied natural gas (LNG) exports from Queensland state.

Analysts have long seen it as a potential takeover target.

"You're getting a company with quite significantly expanding reserves across assets that are linked to the east coast gas market, where forecasters are expecting structural tightness," said Morgans analyst Adrian Prendergast.

"The question now is will this shake out a competing bid from somewhere else," he said.

Senex said it was giving POSCO International exclusive access to its books until Nov. 5.

It added that the South Korean firm has indicated that if a transaction proceeds, it would likely to be an off-market takeover offer subject to a 50.1% minimum acceptance condition and approval from the Foreign Investment Review Board.

Senex is looking to more than triple its annual output to 60 petajoules (9.8 million barrels of oil equivalent) by June 2025, which will help it meet a 15-year agreement to supply Santos Ltd's Gladstone LNG plant.

Senex said POSCO International initially made its approach on July 30 with a A$4-per-share bid, raising it around a month later to A$4.20 a share and then lifting it again in September.

POSCO International is 62.9% owned by POSCO.

(Reporting by Sonali Paul in Melbourne and Nikhil Kurian Nainan in Bengaluru; Editing by Peter Cooney and Edwina Gibbs)