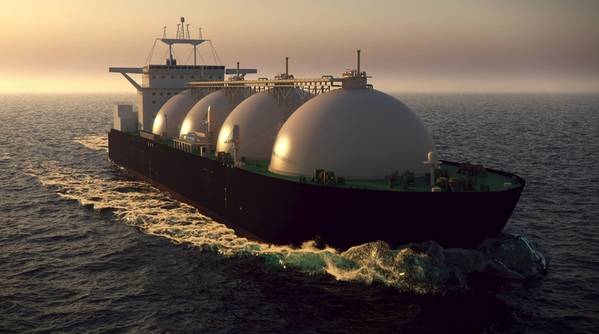 The past year has undoubtedly been the most dramatic in the history of the global LNG industry. Demand buffeted by lockdowns and recession, liquefaction shut-in, pre-FID supply projects delayed and spot LNG prices crashing to all-time lows before going into orbit.

Led by China, but with others including India playing their part, Asian LNG demand increased by around 6 Mt in 2020, higher than demand growth in pre-pandemic 2019. Economic resilience and pro-gas policies across much of Asia supported a broader recovery in LNG demand and the return to stability in spot prices. Meanwhile, Asian buyers’ appetite for ‘green’ LNG has accelerated over the past year, redefining how cargoes will be sold in the future.

This week’s APAC Energy Buzz complements the keynote presentation entitled ‘How Asia changed the global LNG market in the space of a year’ I will give at the Energy Council Asia Pacific Energy Assembly on Wednesday 21 April.

Strong demand, weak domestic production and supportive policies mean Asia will account for an incredible 95% of global LNG demand growth between 2020 and 2022. Despite a hugely damaging Q1 as the pandemic first struck, China’s LNG demand recovery through 2020 helped to prop up the global market, adding 7 Mt of demand through the year.

Elsewhere, South Korea’s strong pull on inventories through winter has driven larger-than-anticipated re-stocking requirements, while coal curtailment policies in the power sector support an increasing share for gas in the electricity sector.

Meanwhile, the poor performance of India’s domestic gas sector in 2020 allowed LNG imports to increase their share of the local market, growing by over 13% despite overall gas consumption growth of only 2%. In Southeast Asia, resilient LNG demand was supported through price optimization of spot LNG versus oil-indexed piped gas in Singapore and Malaysia, as well as falling domestic production in Indonesia and Thailand.

The Japanese market was the main outlier in 2020 as economic activity was hard hit by the pandemic. And despite a first half rebound in LNG demand in 2021, it is likely that we’ll see the general trend of falling LNG imports resuming through the second half of this year and into 2022.

From the lows of below US$2/mmbtu in summer 2020, Asian LNG prices had spiked to unprecedented levels by February 2021. And while nobody was expecting prices to climb as dramatically as they did, the conditions that set up the price rally through November to January were clearly forming several months earlier as rebounding Asian demand wasn’t met by sufficiently strong LNG supply growth, ultimately creating a liquidity crunch just as winter weather really kicked in.

The supply issues were driven by numerous unplanned outages since August that led to reduced output and combined with summer curtailments due to low spot prices as the lack of demand sent price signals to curtail US (and Egyptian) LNG production. This combined with strong Asian demand and high charter rates create the perfect storm in December and January, and while it is worth noting that only three cargoes were actually traded above US$20/mmbtu, history had been made.

Looking forward, strong demand recovery in key Asian markets will be met by equally strong supply recovery in 2021. This should prevent a repeat of summer 2020 supply curtailments and reduce the likelihood of a repeat of last winter’s prices.

Asia warming to LNG contracting once again, but suppliers must be competitive

Asian LNG contracting is now recovering after a period of low activity last year due to the uncertainty caused by the pandemic. However, along with this recovery a new competitive pricing paradigm is emerging.

Recently signed LNG-term contracts are founded upon notably lower levels of oil indexation, typically in the range of 10-11%. The key mover behind this has been Qatar, signing a number of deals at around 10.2% of Brent to Asian buyers. Over the past 12 months, Qatar Petroleum has signed 11 mmtpa of long-term contracts, representing over a quarter of all term deals signed during this time.

I expect that record high spot prices over the past winter could jolt some Asian buyers into action around contracting activity through 2021. In addition, the recovery in oil prices could lead to buyers to look more closely at US Henry Hub contracts once more.

With LNG ranking among the most emission-intensive upstream resource themes, Asian buyers over the past year have raised their awareness of the carbon footprint of LNG. This focus on emissions – largely by buyers in Asia - is changing the market and driving the development of both carbon-neutral LNG and a far greater scrutiny of the carbon emissions of LNG cargoes.

‘Green’ LNG deals to-date typically fall into three categories. With the first, such as those signed between Shell and various Asian buyers, carbon-neutrality is achieved through considering all emissions from upstream to end-use, with buyers and sellers together purchasing credits to offset emissions. In a second type of deal, such as that completed by Japanese utility JERA, a cargo was sourced from its trading portfolio and delivered to a buyer in India with only the downstream combustion of the cargo offset. Finally, Singapore’s Pavilion Energy has signed deals that, while not directly offsetting emissions in the contract, require suppliers to measure and report emissions from wellhead to discharge port, aiming to ensure that all gas is on level carbon footing on arrival to the market.

Asia’s growing push for greener LNG over the past year is already transforming the way LNG is sold. Looking forward, I’m confident that more Asian buyers will look to suppliers to provide transparent and reliable data on carbon emissions associated with each cargo.

APAC Energy Buzz is a weekly blog by Wood Mackenzie Asia Pacific Vice Chair, Gavin Thompson. In his blog, Thompson shares the sights and sounds of what’s trending in the region and what’s weighing on business leaders’ minds.