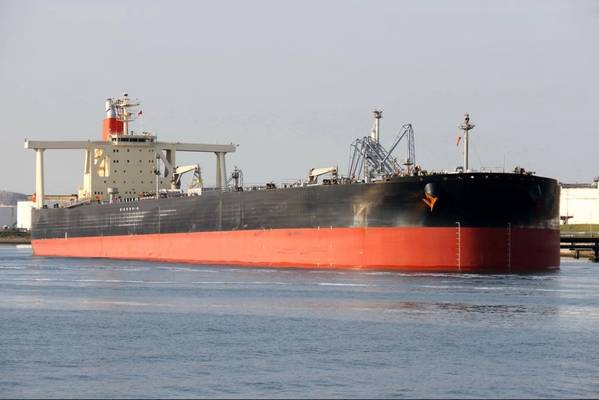 Tanker rates jumped earlier in the week after U.S. WTI crude futures for May turned negative ahead of their expiry for the first time ever on Monday as desperate traders paid to get rid of oil, prompting a spike in demand for tankers able to store it for sale at higher prices at a future date.

This compared to rates of about $85,000 per day for a six-month period before WTI crude turned negative, the sources said.

Spot VLCC rates for the Middle East to China route were at about $9.8 million on Friday, lower than the $11.5 million on Thursday but above the $8.9 million on Monday prior to the collapse in U.S. WTI crude oil prices, trade sources said.

"After WTI recovered from its collapse into negative territory, the contango has narrowed considerably and the incentive for storage has reduced somewhat, pushing tanker rates a bit lower," said Ashok Sharma, managing director of shipbroker BRS Baxi in Singapore.

Under a deal agreed between the Organization of the Petroleum Exporting Counties and associated producers including Russia, a grouping known as OPEC+, output cuts of 9.7 million barrels per day (bpd) are due to kick in from May.

Despite the output cuts, however, tanker rates may rise again amid a growing global glut of crude supplies with more oil cargoes on board tankers struggling to find a home being forced into floating storage, the trade sources said.

"On a global average, a VLCC will present itself for re-employment about 2-3 months after loading. But now, because of this floating storage play, we are unsure know when a VLCC which is involved in a storage contract will come back into the market and present itself for employment again," said Sharma.

Of the roughly 800 VLCCs in the global fleet, as of today 10% of them have been contracted for floating storage, according to Sharma adding that this number could increase depending on the oil price.

"Because of the number of ships going into storage and as a result being out of the spot market for an extended period, we're very likely going to find a shortage of ships available for the spot market in the near future, potentially giving support to freight rates," said Sharma.

In the near term, analysts say next month could see a repeat of Monday's frenzied crude price activity with the June contract unless production is cut more swiftly.

"We might see another resurgence when the next month's futures contract expire," said the tanker broker.