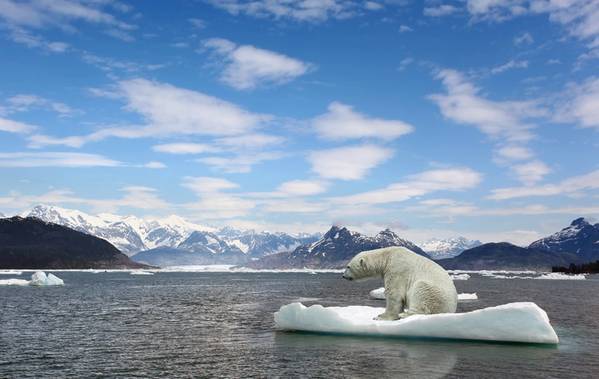 According to the latest monthly climate report from the U.S. National Oceanic and Atmospheric Administration (NOAA), July 2019 was hottest month on record for the planet and Polar sea ice melted to record lows.

Much of the planet sweltered in unprecedented heat in July, as temperatures soared to new heights in the hottest month ever recorded. The record warmth also shrank Arctic and Antarctic sea ice to historic lows.

The average global temperature in July was 1.71 degrees F above the 20th-century average of 60.4 degrees, making it the hottest July in the 140-year record, according to scientists at NOAA’s National Centers for Environmental Information. The previous hottest month on record was July 2016.

Nine of the 10 hottest Julys have occurred since 2005—with the last five years ranking as the five hottest. Last month was also the 43rd consecutive July and 415th consecutive month with above-average global temperatures.

According to NOAA, the period from January through July produced a global temperature that was 1.71 degrees F above the 20th-century average of 56.9 degrees, tying with 2017 as the second-hottest year to date on record.

It was the hottest year to date for parts of North and South America, Asia, Australia, New Zealand,  the southern half of Africa, portions of the western Pacific Ocean, western Indian Ocean and the Atlantic Ocean.

Also, according to NOAA:

-- There were some cool spots: Parts of Scandinavia and western and eastern Russia had temperatures at least 2.7 degrees F below average. 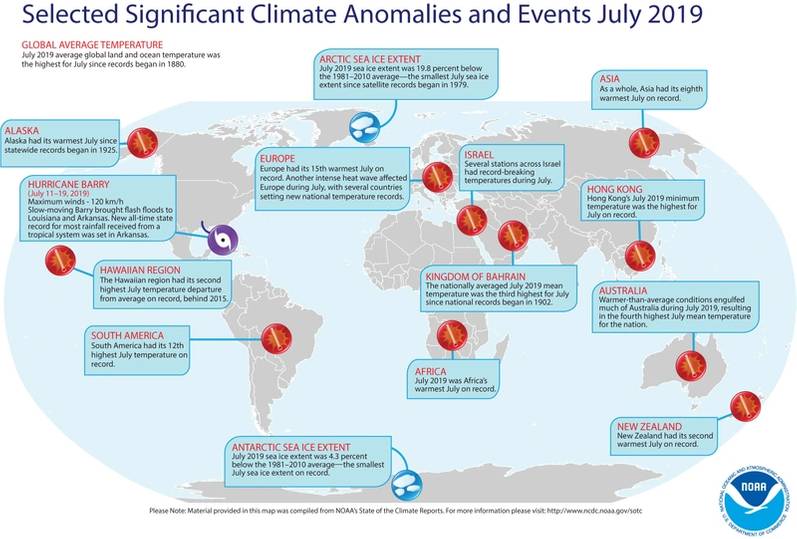 An annotated map of the world showing notable climate events that occurred around the world in July 2019. Source: NOAA