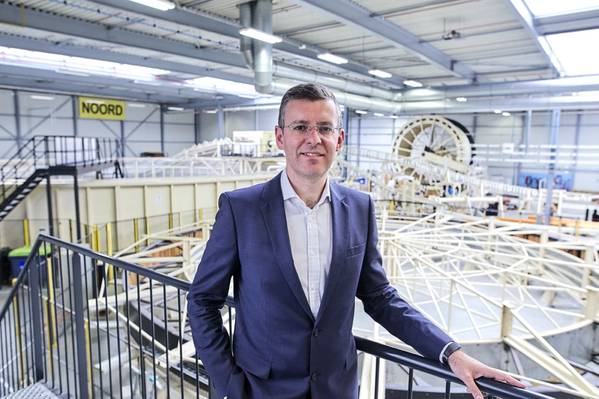 The appointment is part of the company’s continued investment strategy to increase productivity and capability at its Netherlands based plant in order to deliver larger quantities of TCP to its customers in both onshore and offshore applications, it said.

Stokes joins the firm from the executive team at BHGE (formerly Wellstream). During his 18 years with the company, he held various senior positions. He was most recently in charge of the manufacturing facility, having previously held key roles in engineering and project management at its flexible pipe manufacturing facility in Newcastle, UK. He will be based at AOG’s facility in the port town of IJmuiden, located at the mouth of the North Sea Canal to Amsterdam.

AOG said it is also benefiting from its strongest ever order book and has recently adopted a 24-hour / 7-days-a-week shift pattern. The company is doubling its team of skilled manufacturing operators from 25 to 50, to deliver its project commitments to clients, on schedule.

It added that the ongoing investment program is yielding improved material processing capabilities in TCP manufacture, in particular: liner extrusion, multi-layer tape wrapping and coating extrusion. Based upon these improvements, AOG forecasts a sustained period of productivity gains resulting in a five-fold increase in production capacity and capability by the end of 2022 at its Dutch plant.

Stokes said, “AOG has its sights firmly set on future growth and continuing to provide the high-quality service its international clients are accustomed to. My focus will be to build on the successful work delivered to date, by delivering on the productivity and capability expansion plans and ensuring operational rigour is at the forefront of every campaign. We also plan to enhance the existing asset management strategy to ensure the assets and infrastructure remain reliable with minimal down time. This will help to ensure that the production lines run as efficiently as possible allowing AOG to remain competitive.”

AOG CEO, Oliver Kassam, said, “Moving to a 365-day operation is a game changer for our business. With Mark at the helm and a bigger team to support our TCP production, we are confident we will increase productivity and meet our new targets of increased output while delivering the same high standard our clients expect.”

He added, “This significant CAPEX investment to increase our capacity and improve our capabilities further demonstrates the continued support from our shareholders who remain committed to growing and developing the business globally.”