US Considering Sanctions Over Nord Stream 2 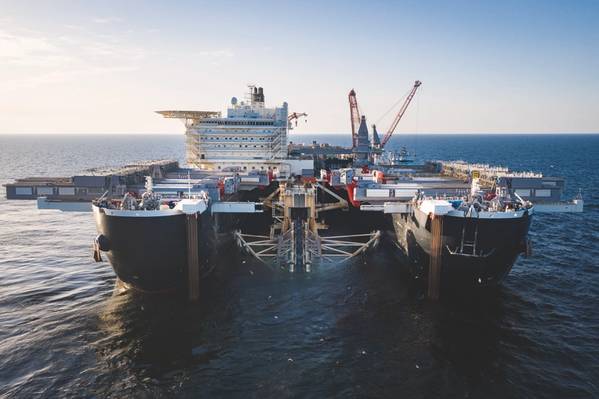 President Donald Trump said on Wednesday he was considering sanctions over Russia's Nord Stream 2 natural gas pipeline project -- which the United States has told European companies to avoid -- and warned Germany against being dependent on Russia for the fuel.

"We're protecting Germany from Russia and Russia is getting billions and billions of dollars from Germany," Trump told reporters at an appearance with Polish President Andrzej Duda at the White House.

Nord Stream 2, a 760-mile (1,225-km) pipeline project to ship gas from Russia under the Baltic Sea to Germany, would double the capacity of the existing Nord Stream pipeline and has divided the European Union.

Eastern European, Nordic and Baltic Sea countries see the pipeline as increasing Moscow's economic grip on Europe. But many politicians and energy companies in Germany support Nord Stream 2 because the country, Europe's biggest economy, needs steady gas supplies as it seeks to wean itself off of coal and nuclear power.

U.S. Energy Secretary Rick Perry said last month that a sanctions bill putting onerous restrictions on companies involved in the project would come in the "not too distant future."

Any sanctions on European companies involved in the project could increase friction with countries including Germany, Austria and France.

Perry has visited Europe to promote U.S. exports of liquefied natural gas (LNG) to help it diversify its sources of natural gas beyond Russia, which has occasionally stopped shipments of gas via Ukraine during times of pricing disputes.

Trump said Nord Stream 2 "really makes Germany a hostage of Russia if things ever happen that were bad."

U.S. LNG companies have made some long term deals with European countries, but the shipments are also generally more expensive than gas sent by pipeline from Russia.

Earlier on Wednesday at the White House, Polish Oil and Gas Company (PGNiG) signed a deal to purchase 1.5 million metric tons of LNG per year from U.S. company Venture Global LNG starting in 2023, bringing its total planned purchases from the company to 3.5 million metric tons per year. Trump and the Department of Energy said sales outlined in the contract are worth about $8 billion.

Poland gets most of its gas from Russia, but its long-term contract for gas supplies from Gazprom ends in 2022. Poland also signed an agreement with U.S. officials on civilian nuclear power cooperation.