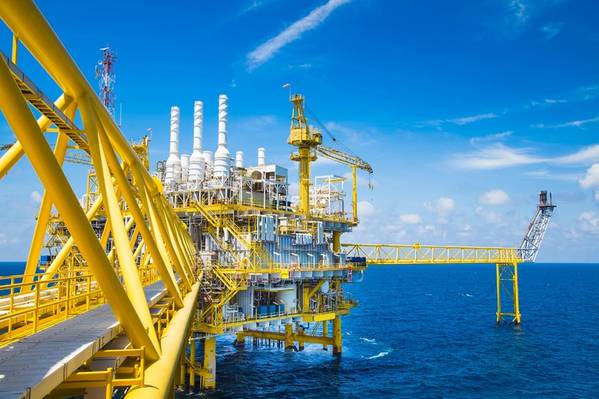 Australia has painted itself into a corner with its natural gas industry and faces the stark reality that there are no easy choices to alleviate the dual problem of a looming supply crunch and the associated higher prices.

Australia is far from the first country to find itself with an energy issue, but it is unusual insofar as the country is about to become the world's largest exporter of liquefied natural gas (LNG), and still it can't get its policy settings right to ensure domestic supplies.

It sounds counter-intuitive and somewhat bizarre, that a country that in 2019 will export nearly 80 million tonnes of LNG finds that the best solution to its domestic supply crunch is to start importing cargoes of the same super-chilled fuel.

There was grudging acknowledgement at this week's Australian Domestic Gas Outlook (ADGO) conference that LNG imports were likely the "least worst option", as one of the delegates put it.

In tracing the story of how Australia reached this point, a tale emerges of poor policymaking, overly ambitious LNG projects and a failure of natural gas users to realize that the market dynamics were permanently shifting.

Much of the blame for the domestic natural gas problem is settled on three LNG plants built in Queensland state over the past seven years that tripled the amount of gas needed in the eastern Australia market.

These three plants, with a combined capacity of about 25 million tonnes a year, were planned and executed on the basis that they would use their own reserves as feedstock.

These reserves themselves were somewhat controversial, being based on coal seams, and while nobody doubts the engineering achievement of building three LNG plants based on a new type of natural gas, many now question the wisdom.

The three ventures were built more or less at the same time and didn't engage in any cooperative sharing of infrastructure, partly because of the difficulty in aligning the interests of so many various partners and partly because the authorities believed in a competitive gas industry.

The net effect was that while the three projects were responsible for developing a massive new natural gas resource, they also sucked up the skills, capital and appetite from the rest of the industry to explore for gas for the domestic market.

At the same time that Queensland was developing this world-first LNG industry, cheap offshore natural gas from Australia's southern coast was declining, after providing a low-cost fuel for industry and retail customers for more than 40 years.

While new fields in the Bass and Gippsland offshore acreages are still planned, the new reserves will be more expensive to develop and process, given the different nature of gas in the now harder to reach fields.

A third leg to the problem is the mounting environmental and farming opposition to onshore natural gas development, which has led to bans and moratoriums being placed on projects in New South Wales and Victoria states, Australia's most populous and most industrialized regions.

The effective sequestering of onshore reserves is exacerbating a looming supply shortage, likely in the next few years when declining offshore fields, coupled with depletion of some of the fields in central Australia, mean not enough natural gas will be available in those two southeastern states.

This problem has been widely acknowledged by most of the participants in the industry, but they have mainly spent the last few years pointing fingers at each other, rather than looking for solutions that have more than a snowball's chance in hell of working.

It's all very well for Rod Sims, the chairman of Australia's competition regulator to say, as he did at the ADGO event, that natural gas producers are treating customers with "almost contempt", and that if they don't make more supply available, a strong regulatory response is inevitable.

It's also not really helpful to point out that the state governments of New South Wales and Victoria should reverse their onshore development bans, since this is unlikely to happen. Both major political parties in those states have shown very little appetite to engage in a conflict with the environmental and farming lobbies.

It's probably not that helpful either, for producers to tell gas customers that there is no problem with supply, but that the price they will have to pay for it is at least double what they have been used to paying.

Virtually all industry participants agree more supply is needed, but how best to achieve this is the burning question.

Companies such as Exxon Mobil, which operates some of the southern offshore fields, are committed to spending hundreds of millions of dollars to explore for new reserves and to further develop existing fields.

A range of both small and large domestic companies say they can develop onshore fields in the north of the country, but that the cost of transporting the fuel from there to the southeastern demand centers means it will be a relatively expensive resource.

And there are also five proposed LNG import terminals, of which at least three look to have the financial backing necessary to be brought to fruition.

These projects would see floating storage and regasification ships anchored near Sydney and Melbourne in order to supply natural gas into those markets.

Given the relatively low capital costs, especially compared to developing remote fields in the north of the country, the sponsors of the LNG import terminals believe they can supply natural gas at a competitive price.

They may well be correct, and that is how the conclusion is reached that the world's largest LNG exporter is to become an importer as well.

(The opinions expressed here are those of the author, a columnist for Reuters. Editing by Tom Hogue)