Seismic Surveys Delayed in US Arctic 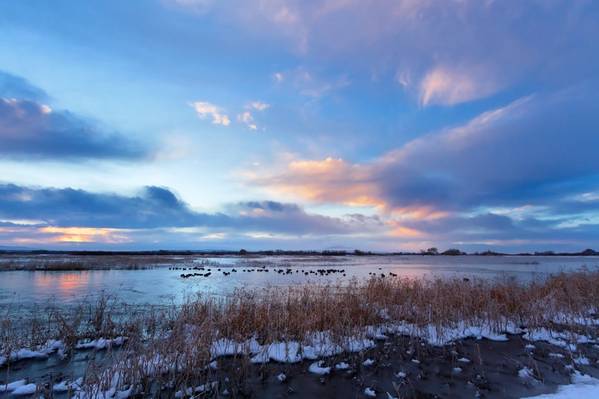 There will be no seismic exploration this winter on the coastal plain of the Arctic National Wildlife Refuge, the Interior Department said on Friday, after the company seeking permission to conduct the tests ran out of time to get the required permit.

"We can confirm that seismic surveys will not take place until December 2019," said Alex Hinson, U.S. Department of the Interior spokesman, in an email.

The company applying for the permits, SAExploration, had applied for a start date as early as December 2018 for seismic testing as a precursor to drill in the ANWR, which has been off-limits to drillers for decades.

The application remains active, but will be altered. "The applicant has asked us to amend both permits to reflect a December 2019 start date, and it should be coming out in the coming weeks," Hinson said.

Congress opened up the Arctic territory for oil leasing as part of the tax bill that passed in late 2017.

Drilling opponents even oppose the 3-D seismic work that SAExploration plans, which would involve sending vehicles on the refuge’s tundra and shooting loud sound waves into the ground to try to delineate geologic structures.

Critics say that would harm wildlife, particularly polar bear mothers in dens with their cubs. Because of expected impacts to polar bears, SAExploration needs a special authorization from the U.S. Fish and Wildlife Service, a permit that the company has not yet received.

Industrial travel across the Alaska North Slope tundra is allowed only in winter when the soil is frozen hard and covered by what is considered to be a sufficiently protective snow layer.

Lisa Baraff, program director with the Fairbanks-based Northern Alaska Environmental Center, said her organization did not know why SAExploration’s seismic project is on hold until at least next winter.

“It could be a combination of the government shutdown thing, plus some concerns that are very real, such as the potential for impacts to polar bears,” Baraff said.

The Trump administration is reviewing options for leasing, with plans to hold the first lease sale this year.