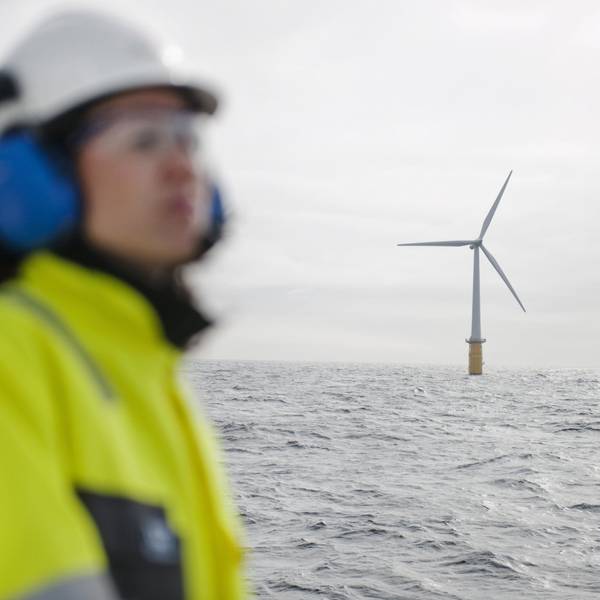 Equinor Wind US has announced deployment of a cutting-edge, specialized buoy designed to gather information, an important step in the development of its offshore wind lease site in the “New York Bight,” which will provide wind energy to New York and the region to help achieve the renewable energy goals recently set forth by Governor Andrew Cuomo.

The Floating LiDAR (Light Detection and Ranging) device will measure wind speed, wind direction, wave conditions and several other marine characteristics that help inform critical decisions in regard to the resource potential and eventual development of the wind farm.  It will be deployed to record this information for two years.

“The deployment of this specialized buoy marks another step forward in the multi-year process of bringing a reliable source of renewable energy to the New York / New Jersey area,” Christer af Geijerstam, President, Equinor Wind US, said. “Offshore wind power today is made possible by a host of innovative technologies, from larger and more efficient turbines to sophisticated LiDAR systems like this that enable us to gauge invaluable information about the characteristics of this offshore lease area.”

“The FLiDAR itself is an example of renewable energy innovation,” af Geijerstam said. “The floating system, using solar panels, wind turbines and large batteries in its hull, can operate autonomously throughout a full winter season offshore New York. Access to good quality wind recordings like those provided by the FLiDAR system is essential to the development of any wind energy project today.  It’s yet another example of the technological innovation that Equinor is bringing to offshore wind development in New York.”

Strong Presence on the East Coast

In December 2018, Equinor submitted a winning bid of $135 million for a lease area offshore Massachusetts in an auction held by the US Department of the Interior's Bureau of Ocean Energy Management. The new lease, located south of Massachusetts and east of New York, gives Equinor a strong strategic position in the region.

The company now holds leases within reach of some of the most important markets for offshore wind in the U.S., with the potential to provide over two million homes with clean, renewable power.

Equinor is building a material position in renewable energy and evolving into a broad energy company. Equinor now powers more than one million European homes with renewable wind power from four projects in the United Kingdom and Germany. Equinor commissioned the world’s first floating offshore wind farm last year, off the coast of Scotland, a technology essential to the development of offshore wind in many locations around the world, including the west coast of the US. Equinor is also developing offshore wind in Poland, as well as solar energy in Brazil and Argentina.