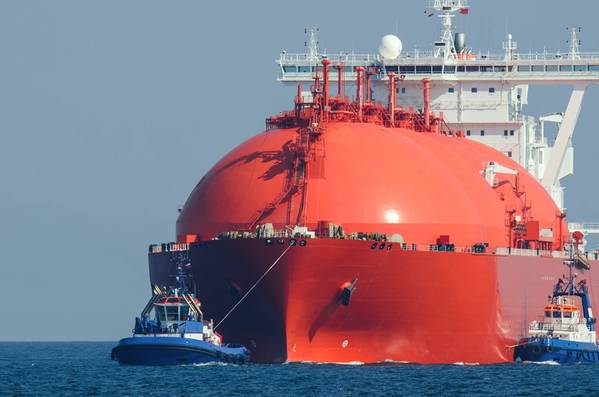 China's imports of liquefied natural gas (LNG) in December soared 25 percent from the same period a year earlier to a monthly record of 6.29 million tonnes, customs data showed on Wednesday.

The previous record of 5.99 million tonnes was set in November.

For the whole of 2018, imports grew 41 percent from 2017 to a record 53.78 million tonnes, according to the data from the General Administration of Customs. That saw China retain its position as the world's second-buyer buyer of the super-chilled fuel after Japan, having leapfrogged South Korea in 2017.

The 2018 surge came after gas shortages last winter prompted Chinese companies to buy supplies ahead of this winter, with Beijing continuing to push millions of households to shift to gas from coal for heating.

But analysts at IHS Markit and Wood Mackenzie are forecasting slower growth this year, at 15-20 percent, as the government move to a more moderate stance in its coal-to-gas push.

"For domestic demand, the focus (this year) of air pollution campaign has changed to clean coal rather than coal-to-gas switching," said Lu Xiao, Beijing-based gas analyst with IHS, speaking before the customs data was released.

Meantime this winter, temperatures have been higher than normal, leaving suppliers with hefty inventories. Dealers said there had been backlogs at some receiving terminals as deliveries were particularly strong in the first few weeks of the winter heating season.

"Because the supplies this time somehow outpaced demand, the pressure was on how to remove the surplus," an official from a state oil and gas importer said, speaking before the customs data was issued.

However, the official, who declined to be identified as he was not authorised to speak to media, said that oversupply had been gradually easing.

State-run CNOOC, the country's largest LNG importer, had to resell a cargo of LNG at a leased floating tanker meant for emergency demand cover, industry sources said this week.

Growth in appetite for LNG has also been curbed as industrial users including some steel mills and ceramics plants had to restrict production over winter to meet China's anti-pollution targets.