U.S. and Norwegian oil majors Chevron and Equinor have become the latest target of activist investors moving to force five of the biggest oil companies to commit to fixed emissions targets and align with the Paris climate agreement.

The effort, part of a wave of climate-related proxy resolutions planned for spring 2019 annual shareholder meetings, is being led by investor groups Follow This, As You Sow and Arjuna Capital.

The Paris climate agreement, adopted by almost 200 nations in 2015, set a goal of capping temperature warming to well below 2 degrees Celsius (3.6 Fahrenheit) before the turn of the century.

The activist investors of Chevron Corp said on Wednesday they had filed annual meeting resolutions calling for the oil company to embrace greenhouse gas reductions.

They now want Chevron to report on how it can reduce its greenhouse gas emissions to meet the Paris accord, arguing climate change presents "portfolio risks to investors," according to a copy of the resolution reviewed by Reuters.

Chevron did not immediately respond to a request for comment.

"We filed the first carbon asset risk resolution in 2013," said Danielle Fugere, president of As You Sow. "There has been progress, but not enough."

In Europe, Follow This filed a climate resolution for Equinor's 2019 annual general meeting, mirroring its activist moves on BP and Royal Dutch Shell.

A spokesman for Equinor said it was supporting the Paris climate agreement. "We have our own climate roadmap and clear goals for how to cut Co2 emission," he said.

Following pressure from its investors, Shell made a U-turn setting out plans to introduce three-year or five-year carbon emissions targets linked to customers' use of its fuels and affecting executive pay beginning in 2020.

BP and Total also have set short-term targets on reducing their own carbon dioxide emissions.

When asked why Follow This has not targeted Total and Italy's Eni, the group's founder Mark van Baal said ownership thresholds make it harder to file resolutions in some countries, for example, a 1 percent hurdle in France.

This week, two other groups of Exxon Mobil Corp investors said they would file a shareholder resolution calling on the world's largest oil company to set targets.

This year, Chevron resolutions to limit its methane emissions and to adapt its business to a low carbon economy received 45 percent and 8 percent support, respectively. 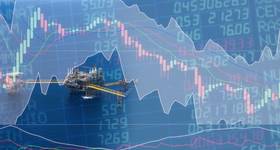